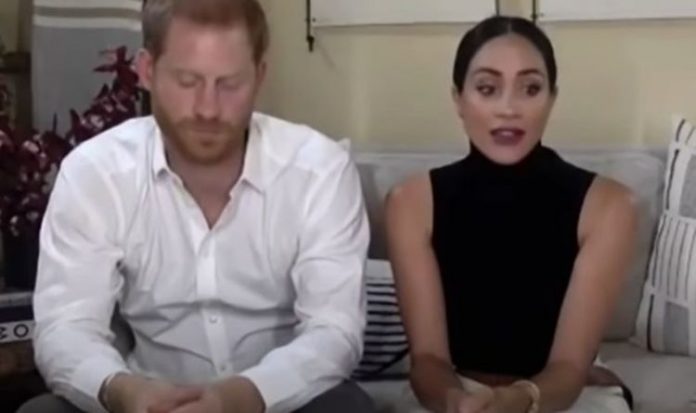 The Queen and Royal Family “tried very hard to accommodate” Meghan Markle and Prince Harry, a commentator has claimed. Evening Standard Royal Editor Robert Jobson told BBC Breakfast that it would be “disrespectful” for the Duke and Duchess of Sussex to “complain” about how they were treated by the monarchy. This comes after the announcement that the former working royals will be sitting down with American host Oprah Winfrey for their first interview since leaving their roles.

Mr Jobson told the BBC: “[Meghan and Harry] stated very clearly that they left the Royal Family because they wanted privacy.

“They’re entitled to that, that is a good thing.

“Unfortunately a lot of people won’t have a lot of sympathy for them.

“If you’re sitting there, complaining about how difficult it was for you to be inside the Royal Family, I think that that’s disrespectful to the Queen and other members of the Royal Family.”

READ MORE: ‘Their life in UK is over!’ Harry and Meghan ‘wash hands’ of Britain

“It’s very sad, also, for Prince Charles, who’s done everything he can.

“He’s not going to be able to see his new grandchild going forward.

“He’s probably quite sad about that.”

“Millions are going to tune into this.

“We Brits here see it from a different perspective to the Americans.

“Meghan is the ultimate Homecoming Queen, she’s come back to America with her Prince.

“They will be the biggest stars in Hollywood, and this interview is going to be the curtain-raiser.”