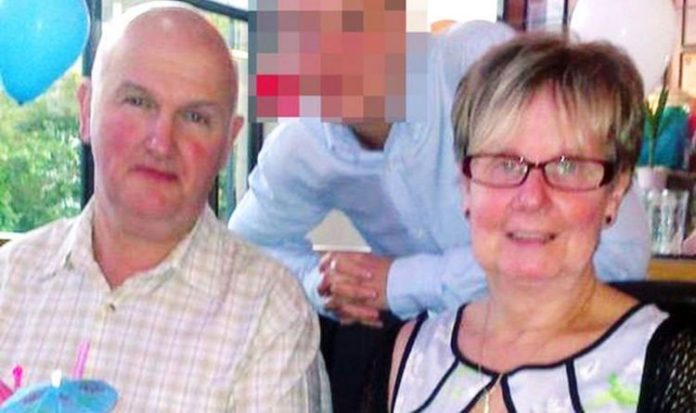 Anthony Williams, 70, told police he “snapped” while in bed with his wife Ruth and “literally choked the living daylights” out of her. He said it came after a period of feeling depressed and anxious and he had suffered sleepless nights in the run-up to the attack last March 28. His anxiety was due to “trivial” fears, he said, including that he would run out of money because he was not able to visit his bank. Williams told detectives he was responsible for the killing of his wife of 46 years, saying he “snapped” after she told him to calm down.

He said he then chased his wife downstairs and again grabbed her by her throat, saying he found himself “throttling her to death”.

Mrs Williams, 67, was found slumped in the couple’s porch with a set of keys in her hand.

She was taken to hospital where she was pronounced dead.

Her cause of death was given as pressure to the neck, with a pathologist saying the lack of a ligature mark did not rule out use of a “soft” dressing gown cord found at their home.

Williams, of Hollybush, Newport, denied murder at Swansea Crown Court but admitted manslaughter by reason of diminished responsibility. Yesterday a jury acquitted him of murder unanimously.

The couple’s daughter, Emma Williams, 40, told the court her parents spent “90 percent of their time together”, were “not argumentative”, and she had never heard them even “raise their voice” to each other.

Two psychologists gave contrasting evidence about Williams’ state of mind at the time of the attack.

Dr Alison Witts said his anxiety and depressive illness were “heightened” by the lockdown and impaired his ability to exercise self-control.

Dr Damian Gamble said Williams had no documented history of suffering with depression and “knew what he was doing at the time”.