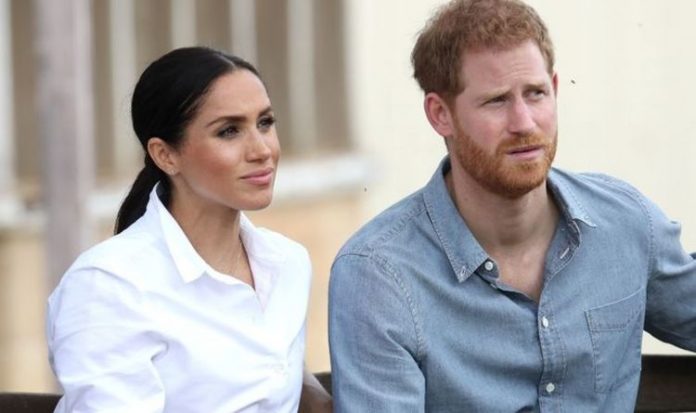 Meghan Markle and Prince Harry’s “plummeting” popularity in the UK has been analysed by stunned commentators. Ingrid Seward, the Editor in Chief of Majesty Magazine, spoke to the Royally Obsessed podcast about the changing perception of the Duke and Duchess of Sussex. She gave insight into how this affected her own publication’s coverage of the former working royals.

Ms Seward told listeners: “We stopped having Harry and Meghan on the cover a while ago.

“Obviously there are some beautiful pictures of them.”

She continued: “I would like to have them on the cover but it just doesn’t seem to work.

“I find that weird and interesting.”

Ms Seward pointed to a YouGov poll on royal popularity from the end of October as evidence of the altering views.

According to the Royal Favourability tracker, Harry and Meghan’s scores have reached their lowest point to date.

She added: “The perception is that he was pretty lucky to be where he was in the first place.

“There aren’t too many royal princes around so why did he have to give it all up?

“Yet he still seems to be living off his name, that’s the reason that all these things have come to them.”

Host Roberta Fiorito gave an American insight, saying: “It is interesting because I feel like their popularity here skyrocketed.

“So it’s interesting to see the perception over in the UK.”