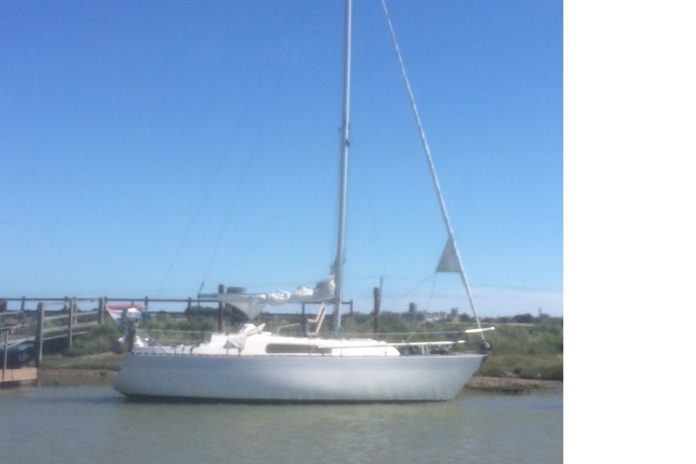 Denys Khvatkov, 19, and Bohdan Lutskyi, 39, were sentenced when they appeared at Norwich Crown Court today (5 November). The Ukrainian nationals had both pleaded guilty to charges of facilitating a breach of the UK’s immigration laws at an earlier hearing.

The men were arrested on 31 July after Border Force officers were alerted by the Dutch coastguard to a suspicious yacht en route to the UK.

A Border Force cutter was deployed and monitored the vessel as it made its way towards the Suffolk coast from the Netherlands.

When the yacht moored at Southwold Harbour shortly after 9pm, Border Force officers were waiting for the men and searched the vessel. On board they found Khvatkov, Lutskyi and 2 Albanian men who had no leave to enter the UK.

Khvatkov, who had been observed steering the yacht, and Lutskyi, who was seen trying the vessel up on the harbourside, were both arrested on suspicion of facilitation and enquiries were passed to Immigration Enforcement’s Criminal and Financial Investigation (CFI) team.

During interview, one of the Albanian men confirmed that they had agreed to pay Khvatkov and Lutskyi £5,000 to be smuggled into the UK.

When Khvatkov and Lutskyi were searched, officers also found they were in possession of counterfeit International Yacht Training cards, which falsely indicated that they had significant maritime experience.

These men are shameless, ruthless criminals who have made money by smuggling people into the UK illegally and our law enforcement agencies, at home and abroad, are disrupting these gangs. We will not tolerate these law breakers who, through this international criminal trade, are elbowing the most vulnerable to one side.

I am fixing a broken asylum system to make it firm and fair. It will be compassionate towards those who need our help, welcoming people through safe and legal routes. But it will seek to put an end to anyone entering our country through illegally-facilitated routes and abusing the UK’s long tradition of offering protection to those who need it.

This was a ruthless people smuggling attempt motivated by financial gain that was prevented thanks to effective international co-operation between the UK and Dutch authorities, the rapid response by Border Force and the investigate skills of Immigration Enforcement.

We continue to work hard to ensure that those engaged in organised immigration crime are brought to justice.

In addition to the sentence, the Judge also ordered the forfeiture of the yacht and its contents, which will now be sold and the proceeds returned to the public purse.

The Albanian nationals made immigration applications, which are being dealt with.