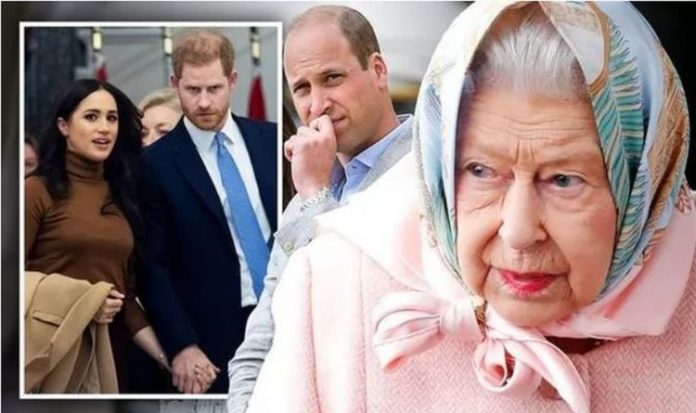 In an interview with Express.co.uk, royal commentator Richard Fitzwilliams pointed out the royal couple’s new Spotify podcast, Meghan’s investment with Clevr Blends, their links with royal book Finding Freedom and their “woke” language in interviews had changed opinions internationally of the couple. It comes as the terms of their departure deal from the Royal Family are set to be renegotiated in the coming months.

The Duke and Duchess of Sussex released their first podcast Archewell Audio where they reflect on 2020 with a string of celebrities and activists including singer Sir Elton John and presenter James Corden.

Mr Fitzwilliams claimed their first podcast was“unsophisticated” and a “vacuous effort” stressing it was “not very professional”.

However, he praised Archie’s involvement stressing: “I think the way they put Archie on the podcast was fun.”

The Duchess of Sussex is understood to be an “adviser” to the company.

The royal commentator made clear the lack of transparency from Meghan on how much cash was invested was a letting down point.

Meanwhile, the royal couple was involved in Finding Freedom through an acquaintance of Meghan Markle, although the couple initially denied their involvement.

Mr Fitzwilliams told Express.co.uk Finding Freedom, written by royal commentators Carolyn Durand and Omid Scobie, should be thrown in the “rubbish bin of history” describing it as “pathetically inadequate”.

“They have achieved their goals to be independent but it’s too early to tell how successful they are going to be in terms of the reach of their work.

“They are not aiming for the British market, they are looking at the United States and the global market.

“As far as their future is concerned, it is important they be as amicable as possible.”

Commenting on their potential 2021 successes, he concluded: “It all depends on the COVID-19 pandemic.”