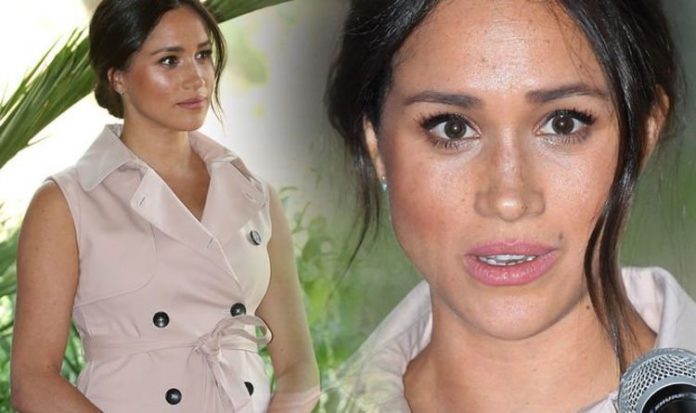 Meghan feared Thomas Markle’s claims she had “abandoned” him and failed to contact him would be repeated, evenn though she had called, texted and written to him to “try to persuade him to stop dealing with the media”, papers submitted to the High Court by her lawyers claim. The document says she indicated to someone she knew had been approached by Omid Scobie and Carolyn Durand, the authors of Finding Freedom, that the “true position” could be “communicated to the authors to prevent any further misrepresentation”.

It says the Duchess of Sussex did not know how and if the “one item of information” about her communication with her father was shared with the authors.

Meghan, 39, is suing Mail on Sunday publisher Associated Newspapers (ANL) over the publication of parts of a handwritten letter she sent to Mr Markle, 76, in August 2018.

She is seeking damages for alleged misuse of private information, breaching the Data Protection Act and infringement of copyright over five articles published in February 2019 which included extracts from the “private and confidential” letter to her father.

In September, ANL was given permission to rely on Finding Freedom – a biography of Meghan and Harry published in August – in its written defence to the duchess’s High Court claim.

In her re-amended reply to ANL’s defence, Meghan’s legal team argues that neither she nor Harry co-operated with the authors of the book, did not meet the writers and were not interviewed for the biography, formally or informally.

It claims Meghan “was concerned that her father’s narrative in the media that she had abandoned him and had not even tried to contact him (which was false) would be repeated, when in fact she had tried to call him, and text him, and had even written a letter to him to try and persuade him to stop dealing with the media; and he had written back to her.

“Accordingly, she indicated to a person whom she knew had already been approached by the authors that the true position as above (which that person and several others who knew the claimant already knew) could be communicated to the authors to prevent any further misrepresentation.

“She does not know to what extent or in what terms this one item of information concerning her communications with her father was shared with the author.”

READ MORE: Royal Family LIVE: Meghan and Harry’s actions at ‘whatever the cost’

The document also denied Meghan “had knowingly caused or permitted information about her personal relationship and/or communications with her father, including the existence of the letter and a description of its contents to enter the public domain”.

And it says “for the avoidance of doubt”, Meghan did not give the authors “directly or indirectly” a copy of the letter to her father, its contents, or a description of its contents and her father’s reply.

The document goes on to say: “As far as the claimant is aware, the authors did not have in their possession a copy of the letter or her father’s response.

“If anyone supplied a copy to them this happened without her consent or knowledge and contrary to her wishes.

The publisher argued the duchess gave the authors information about the letter to Mr Markle “in order to set out her own version of events in a way that is favourable to her”.

But Meghan’s lawyers rejected claims the duke and duchess “collaborated” with the authors as a “conspiracy theory”.

They argued any references to the letter in the book were simply “extracts from the letter lifted from the defendant’s own articles”.