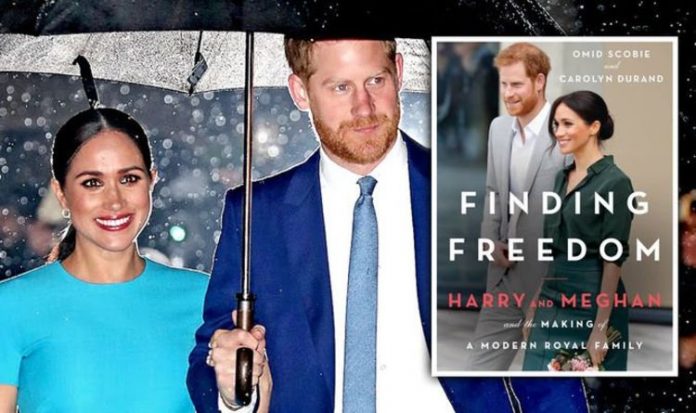 Finding Freedom is marketed as “an honest, up-close, and disarming portrait a confident, influential, and forward-thinking couple who are unafraid to break with tradition, determined to create a new path away from the spotlight, and dedicated to building a humanitarian legacy that will make a profound difference in the world.”

However, its portrayal of Meghan and Harry as victims at the hands of an outdated monarchy and “viper” courtiers has not sat well with British readers, a royal expert has claimed.

Royal commentator Richard Fitzwilliams has suggested that despite the couple’s “lessened support” in the UK, Meghan and Harry won’t be affected because they are now focussed on gaining traction in the US.

Mr Fitzwilliams told Express.co.uk: “After their dreadful handling of Finding Freedom, they will get less support in Britain.”