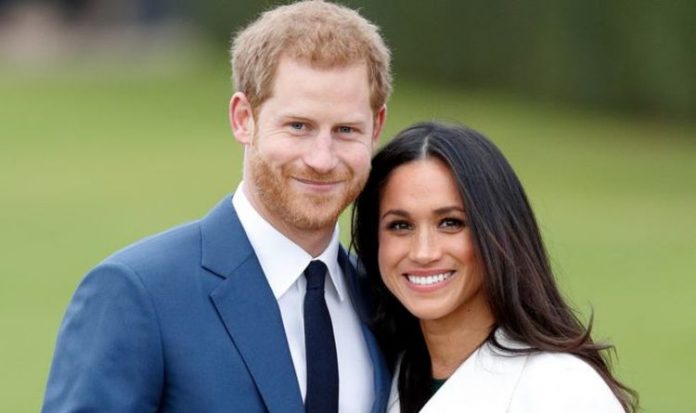 Royal commentators Rachel Bowier and Roberta Fiorito insisted Meghan Markle, Prince Harry and the Queen knew their departure as senior royals was permanent. While speaking on their Royally Obsessed podcast, the royal experts argued the reason the Duke and Duchess of Sussex agreed to a one year review was to ensure all of the details and logistics of Harry and Meghan stepping down could be worked out.

The royal commentators added that they believe the royal couple still has the blessing of the Queen in their decision to go forward without the Royal Family.

Ms Fiorito said: “I don’t think they ever wanted to return, right?

“It feels like they never wanted to go back to the Royal Family anyway.”

Ms Bowie agreed and added: “I think there is so much speculation about this one-year agreement with the Queen and all that stuff.

“But we know from the Queen’s statement that yes there was a lot of difficult aspects of the announcements, the timing of it by Harry and Meghan for example.

“But I think they have the Queen’s blessing and they are still working on her behalf.”

Ms Fiorito argued the year review was suggested as a way to hash out the details of Harry and Meghan’s separation from the Royal Family.

She said: “My takeaway of the year in review was that they just needed to hash out all the logistics and details of how it would all work.

“It did take a full 12 months to work out those details so I do think that was never part of the plan.

“As much as we would love to have that reunion and I think it will come, but I don’t think Meghan and Harry will ever rejoin as senior working royals.

The Royal experts concluded that Meghan and Harry would continue to strike their own paths going forward.

They insisted there was no reason to believe the pair would not continue to have the Queen’s blessing either.