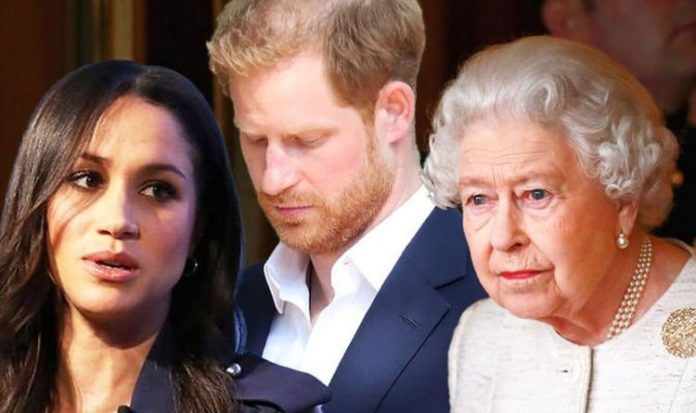 Meghan Markle, 38, and Prince Harry, 35, have been thrust back into the spotlight following the publication of an unofficial biography Finding Freedom by authors Omid Scobie and Carolyn Durand. The book contains sensational claims about why the couple made the unprecedented decision to relinquish their royal roles.

Royal expert and commentator Richard Fitzwilliams has shared his review of Finding Freedom which he claims charts the tragic inevitability of Meghan and Harry’s exit from the Royal Family.

Mr Fitzwilliams said: “The book lays bare the rift with the Cambridge’s which seemed so obvious on the appallingly organised Commonwealth Day.

“To be fair, the creation of the ‘Fab Four’ was a totally artificial one.

“Racist trolls and paparazzi intrusion have added to the stress which they finally found unbearable.

“Yet when Meghan talks of ‘giving her life’ to the institution of monarchy, it’s important to remember that they didn’t last two years after they married as senior working royals.”

According to Mr Fitzwilliams, the book will do little to heal the relationship between Prince William and Prince Harry.

He added: “The rift between William and Harry is terribly sad, this won’t help to heal it and the far from flattering portrait of Kate won’t be helpful either.

“A serious historian will shed far more light on what really happened.”

Mr Fitzwilliams concluded the book charts the Royal Family’s “tragic” loss of one of its most promising couples.

He said: “The parting of the ways was tragic, particularly as they are such committed activists and had enormous global reach which could have been so beneficial to the monarchy at home and abroad.

“On the other hand, you can see why their PR was eventually based at Buckingham Palace and was not theirs alone, which they would have liked.

“Then they became independent, with an agreement brokered by the Queen. This will be reassessed early next year.

“They felt they had no other option to strike out on their own even though Harry lost his military appointments. To quote Cromwell ‘cruel necessity’!”