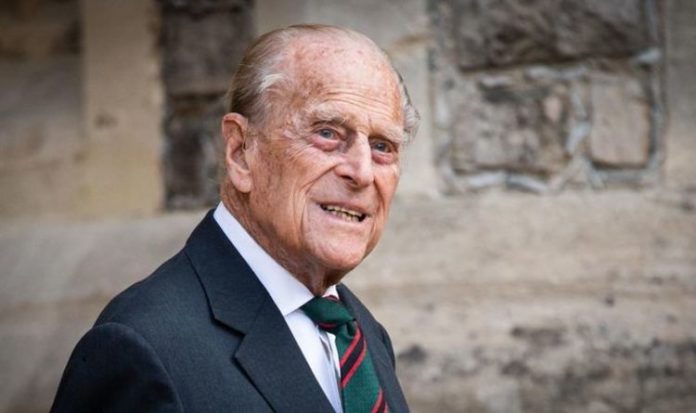 Prince Philip has faced months of upheaval during lockdown, spending his usually quiet retirement away from his home of Wood Farm in Sandringham. Instead, Philip has stayed with the Queen at Windsor Castle, with the pair isolating in what was dubbed ‘HMS Bubble’ by royal watchers.

Now the couple are enjoying a break at their favourite summer spot, Balmoral Castle in Aberdeenshire.

They have already been visited by Sophie, Countess of Wessex, Prince Edward and their children Lady Louise Windsor and James, Viscount Severn.

The royals enjoyed a socially distanced walk around the Balmoral Estate, said to be one of the Queen’s favourite places.

Prince Philip, 99, did not take part in the walk, however royal fans will be able to see the Duke on Saturday for a rather special occasion.

HMS Whelp was in Tokyo Bay on August 15, 1945 when Japan announced its surrender and the war was effectively over.

Prince Philip’s military career came to an end last month, when he stepped down from his role of Colonel-in-Chief of British Army regiment The Rifles.

In a rare engagement, Prince Philip officially stepped back from his role, passing it on to Camilla, Duchess of Cornwall.

His active career ended in 1951, but Philip had maintained a close relationship with the armed forces ever since.

He told him: “Your Royal Highness, Colonel-in-Chief… all Rifleman, serving or retired would like to thank you for 67 years of continuous service, support and leadership to the Rifles and our forming and antecedent regiments.

“And on this occasion, as you hand over your duties, to her Royal Highness, the Duchess of Cornwall, we would like to wish you fair wind and following seas.”