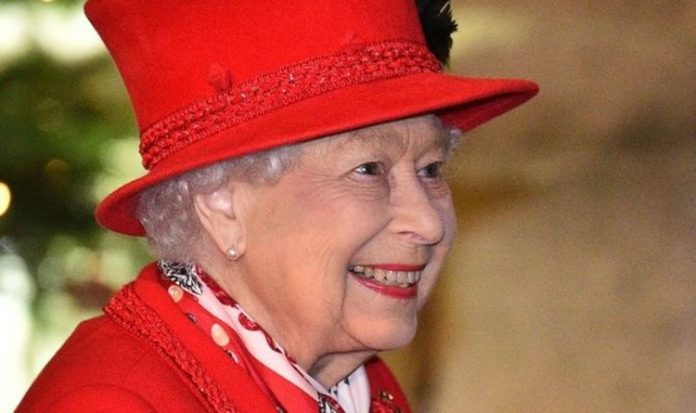 Prince William and Kate Middleton reunite with Queen at Windsor

Meghan and Harry’s split from the Royal Family, a move eventually dubbed ‘Megxit’, has had an unexpected consequence on the three remaining people at the core of the monarchy, biographer Penny Junor said. After the Duke and Duchess of Sussex announced their decision to stand down from their role of full-time working royals in January, the Queen, Prince Charles and Prince William started to work “in unison”, the expert said.

Speaking to Canadian magazine Macleans, the royal expert added: “[Megxit] brought the Queen and her son and grandson very much together and focused their minds on what they would do.”

Due to her age as well as the coronavirus pandemic, which has forced the elderly royal to self-isolate for the majority of 2020, the Queen has been seen less in public than royal fans have been used to over the past six decades.

Prince Charles and Prince William, on the other hand, have taken on very high-profile duties, apt to their future roles.

In June, Prince Charles – alongside with his wife Camilla, Duchess of Cornwall – became the first member of the Royal Family to welcome a foreign leader, France President Emmanuel Macron, to the country since the beginning of the pandemic.

Meghan Markle and Harry’s Megxit has brought together the Queen and her two direct heirs – expert (Image: GETTY)

The Prince of Wales has since hosted several key meetings with foreign heads of state and prime ministers travelling to the UK.

In October, he welcomed into Clarence House Iraq’s Prime Minister Mustafa Al-Kadhimi and Minister of Foreign Affairs Fuad Hussein, who were on a tour to Europe to meet their country’s strongest allies in the continent.

Prince William and his wife Kate, Duchess of Cambridge, have also stepped in for the Queen to meet foreign dignitaries.

In early October, the royal couple was the first to hold an audience at Buckingham Palace since the Queen left her home in March.

The Duke and Duchess of Cambridge greeted Ukraine’s President Volodymyr Zelenskiy and his wife Olena in a brief meeting at the palace’s Throne Room, shortly before the Ukrainian leader met with Prime Minister Boris Johnson and Foreign Secretary Dominic Raab.

The Cambridge household has also undertaken several prominent projects in 2020.

Kate launched the landmark survey on early years, 5 Big Questions on the Under-Fives, in January.

Kate and Prince William meeting the Ukrainian President and his wife in October (Image: GETTY)

In November, the Duchess of Cambridge and a panel of experts discussed the results of this study, described by Kate as a starting point for more work on early childhood in the future.

During the first national lockdown, Kate also launched the successful Hold Still photography contest, inviting people of all ages to portray Britain during the pandemic.

Prince William, influenced by his father’s continuous focus on the environment, has launched the Earthshot Prize months after Prince Charles spoke of the need of sustainable markets to lessen the impact the worldwide economy is having on the planet.

William’s initiative will see a panel of judges award five £1 million prizes every year over the next decade to organisations, individuals and groups coming up with workable solutions to tackle climate change.

The Duke of Cambridge has also made his “top priority” supporting frontline workers during the pandemic.

In April, he and Kate backed the launch of Our Frontline, a 24/7 online service aiming to help key workers struggling with their mental health.

Earlier this week, Prince William and Kate travelled across Great Britain on the Royal Train to meet frontline workers, teachers, students and people working in some of the industries hit the hardest by the coronavirus pandemic.

Despite the pandemic, the Queen has continued to be the most prominent member of the Royal Family.

The Queen held a series of virtual audiences from Windsor Castle (Image: GETTY)

Working from home, she has embraced technology and held audiences and visits via video call.

In April and May, she has boosted the country’s morale with two poignant speeches during which she recalled her childhood and wartime.

And, by taking the necessary precaution, the monarch has also stepped out to carry out important visits in person.

In October, she visited Porton Down with William.

One month later, she paid tribute to the Unknown Warrior ahead of Remembrance Sunday.