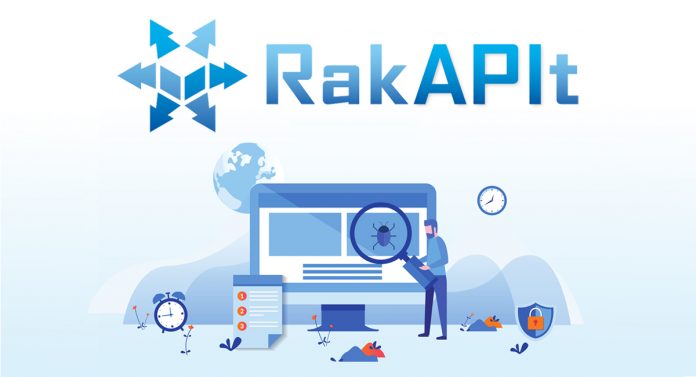 Human Crest Co., Ltd the Software Testing and Quality Assurance Company, today announced the launch of RakAPIt, a testing tool that automates the process of API testing from creation to execution of test cases. With RakAPIt, you can cut out the hassle of API testing, achieve full coverage by automating and running better quality API tests. Development and test engineers handling the API testing can use RakAPIt for their own environment and increase the speed of API testing.

The Main functions of RakAPIt beta version that was released in April 2020 are automated test case generation, automatic test execution, and test management. RakAPIt supports Swagger, so simply import a Swagger Specification definition and it will automatically generate test data and response assertions, furthermore, all the test cases will be automatically generated based on the test data.

As before, it is available for free under limited conditions, with the following new functions added from the beta version.

・Test execution in the local environment

Automated test execution, which was only possible within a web service, can now be done in a local environment as well. It makes it easier for developers and test engineers to run tests automatically in any environment.

With cURL script output, engineers have adopted a cURL could use RakAPIt to create and manage test cases more efficiently

The benefits of the additional feature are that engineers could adopt RakAPIt in their own environment to perform API tests and reduce the time of testing.

”The tests not covered by unit tests are a key factor in how smartly it can be automated with API tests rather than fragile E2E tests. Although API testing has many benefits, it is not often done because it is inconvenient and time-consuming.” said Mai Cuong, Chief Developer, Human Crest Group. “RakAPIt will make API testing easier. I want to help reduce the time it takes to test and spend more time on creative work.”

Human Crest（https://www.humancrest.co.jp） is a QA solution company which was established in 2002 in Japan. The quality assurance business started from the telecommunications field, and current service provision fields are diverse, such as real estate, human resources, education, logistics, finance, video distribution, and IoT. We provide not only manual testing service, but also automated testing service using automated tools such as Selenium, and QA consulting service. In 2015, an offshore lab center was established in Da Nang city and also Ho Chi Minh city in 2019, it is gradually expanding abroad.