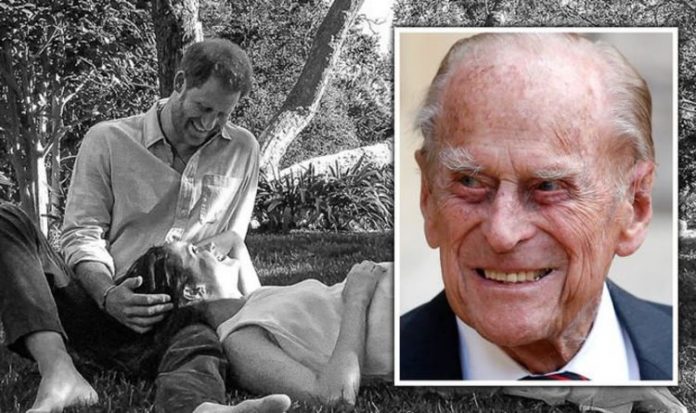 Meghan and Prince Harry announced yesterday evening they were expecting a second child. Following their relocation to the US, the Duchess of Sussex will likely give birth in her homeland rather than travel across the pond and deliver it in the UK.

This means the future royal baby will be born in America, more than 5,000 miles away from Buckingham Palace.

While it is rare for a royal not to be born on British soil, there are a few precedents – the most illustrious being Prince Philip.

Prince Philip was a royal by birth, included in the lines of succession to both the Danish and Greece thrones by virtue of his patrilineal descent from George I of Greece and Christian IX of Denmark.

Philip, who became the Duke of Edinburgh after his wedding with then Princess Elizabeth in 1947, was linked to the British Royal Family through Queen Victoria, which made him a third cousin of both his future wife and Princess Margaret.

He was also a second cousin twice removed to the two princesses through the Danish monarch Christian IX.

But Meghan and Harry’s second baby will be born in the US while retaining a position in the line to the British throne with another member of the Royal Family – Maud Windsor.

Maud, the daughter of Lord Frederick and Sophie Winkelman, was born across the pond in 2013.

Lord Frederick is the brother of Lady Gabriella Windsor and son of Prince Michael of Kent – one of the Queen’s first cousins.

The young royal, who now lives in the UK and attends Thomas’s Battersea school alongside with Prince George and Princess Charlotte, was 42nd in line to the throne when she was born.

Following the birth of Archie, Charlotte, Prince Louis and Eugenie’s son, Maud has been bumped down to 51st in line.

And, after the birth of the upcoming Baby Sussex and Zara and Mike Tindall’s third baby, she will become 53rd in line to the throne.

Meghan and Harry announced they were expecting a second baby yesterday, on Valentine’s Day.

A spokesperson for the Duke and Duchess said in a statement: “We can confirm that Archie is going to be a big brother.

The couple also shared a black and white picture of themselves taken by Misan Harriman.

In the photograph, Prince Harry is sitting under a tree smiling at Meghan, who has her head on his lap and lays down on the grass.

Prince Harry and Meghan moved to California in late March, a few days before they officially stepped down as senior royals.

Over the past 11 months, Harry and Meghan have settled down in their new home in Montecito and struck important financial deals with Netflix and Spotify.

The couple has also continued to work with their patronages and set up their new foundation – Archewell.

Several royal commentators expected Meghan and Harry to travel back to the UK in the summer, to celebrate the Queen’s Trooping the Colour, Prince Philip’s centenary and the unveiling of Princess Diana’s statue.

However, news of the Duchess’ pregnancy could see only the Duke of Sussex travel across the pond, depending on her due date.