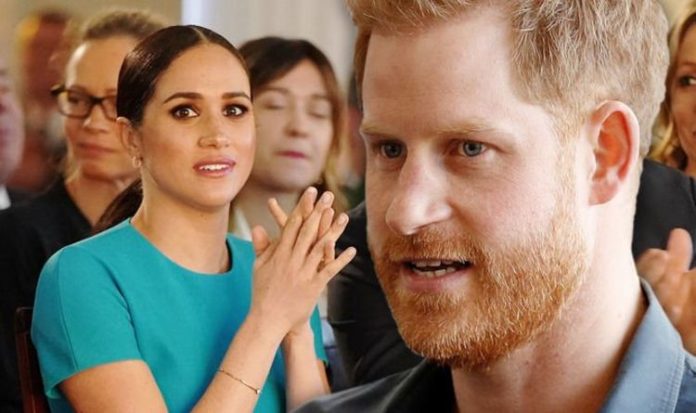 The Duchess of Sussex’s estranged half-sister spoke to talkRADIO on Wednesday to complain about the way Prince Harry and Meghan Markle marked Remembrance Sunday this year. The royal couple, who sensationally quit their roles as senior working members of the Royal Family this year, have moved to Califonia with their one-year-old son Archie Harrison.

Prince Harry, who no longer represents the monarchy, chose to lay an all-green poppy-less wreath at the Los Angeles National Cemetery on Remembrance Sunday after his request for one to be laid on his behalf in the UK was reportedly denied.

Both Meghan and Harry were pictured at the graves of two fallen Commonwealth soldiers, sparking backlash amid claims the images were staged and reports they had hired a top Hollywood photographer to capture the moment.

Speaking to royal expert Dan Wootton on talkRADIO Meghan Markle’s half-sister condemned the move, claiming the Duke and Duchess had abandoned their duties in the UK to pursue a life of celebrity in the states.

Mr Wootton said: “Why not just go to the cemetery and pay your respects?

“Instead, they hire some trendy Hollywood photographer who wanted lots of publicity and he took these shots as if it was some sort of magazine shoot.

“And I found that tasteless if I am honest.”

Ms Markle replied: “Well, especially in the wake of abandoning duty for the pursuit of fame in Hollywood and for a different life.

“I do not think gratitude is paid in the form of abandonment.

“And it is certainly not paid by throwing some weeds picked out the garden on a memorial.”

However, the Duke and Duchess of Sussex have been defended a royal source close to Prince Harry.

The insider said: “I do not think Harry is someone who does something like Remembrance Sunday as a publicity stunt.”

They added: “It’s probably not surprising that having served on the front line, having done tours of duty, having been in the military for 10 years, having created the Invictus Games, supported Walking with the Wounded and all others, that the military community, the military family is probably one of the most important things to the Duke, and will always be so.

“If you listen to the podcast that he did at the weekend, he talks about wearing the poppy and wanting to recognise Remembrance Sunday, not only for all those people historically, but also for the people he knew that he lost.”

A spokesman for the couple said: “It was important to the Duke and Duchess to be able to personally recognise Remembrance in their own way, to pay tribute to those who have served and to those who gave their lives.”

Prince Harry earlier described the day as “a moment for respect and for hope” during an appearance on a military podcast.

Harry added: “Even when we can’t all be together, we always remember together.” 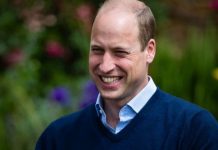