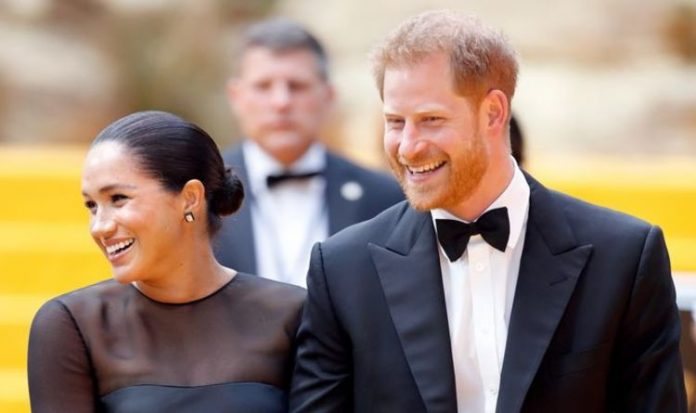 The Duke and Duchess of Sussex are unlikely to ever be far from a famous face due to living close to Los Angeles. Indeed, when they first moved to the States they temporarily lived in the home of US actor Tyler Perry, who shared a street with Adele.

Ms DeGeneres and her wife Portia de Rossi have reportedly bought a home in Santa Barbara, where Meghan and Harry currently live, according to Page Six.

It’s thought the talk show host has bought one of the most expensive properties ever sold in the area, according to the Wall Street Journal which cited people close to the deal.

The estate is thought to be worth just under $50 million (£37 million), and was not listed publicly.

It reportedly includes over four acres of land and was previously owned by comedian and political pundit Dennis Miller and his wife and former model Carolyn Espley-Miller.

For comparison, Harry and Meghan’s house is reported to be worth just over $14.5 million.

Despite the pricey move for Ms DeGeneres, it will not be the first time the US celebrity has lived nearby.

Last year, she told the audience of The Ellen Show she had spent the day with the couple.

She said: “Here’s a sentence I thought I would never say: I spent the afternoon with Prince Harry and Meghan.

“I just want to say, it was an honour for them to meet me.”

Ms DeGeneres said she held the Duke and Duchess’ baby son Archie and said she had a conversation with the then-senior royals about the wildlife conservation work they did.

She also praised Harry and Meghan for being “the cutest couple, and so down to Earth”.

The talk show host has also hit out at critics of the Sussexes. In August 2019, she tweeted: “Imagine being attacked for everything you do, when all you’re trying to do is make the world better.”

Ms DeGeneres has herself come under fire this year following reports of a “toxic” working environment by former staff who worked on her show.

Ms DeGeneres said in an apology letter: “This will now change and I’m committed to ensuring this does not happen again.

“I take this very seriously and I want to say I’m so sorry to the people it affected.”