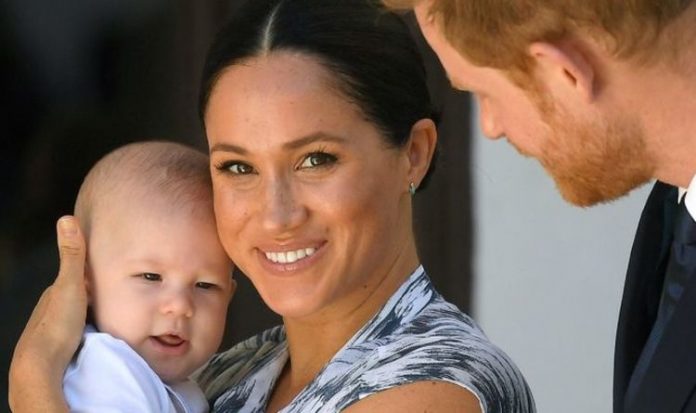 The Duke and Duchess of Sussex – who are living in America after stepping back from royal life – are expecting their second child. Meghan and Harry are already parents to Archie Mountbatten-Windsor, who will be two in May.

And a source has claimed the couple were keen for him to have a brother or sister of a similar age.

The insider said: “They always wanted for Archie to have a sibling close in age.”

Harry and his brother Prince William were very close growing up and are just two years apart in age.

The source also told People the couple were “overjoyed” the pregnancy “happened so quickly” after Meghan’s miscarriage last summer.

The Sussexes announced on Sunday they are expecting their second child.

A stunning picture was released showing the couple posing under a tree.

READ MORE: ‘NOTHING is off limits’ in Meghan and Harry’s Oprah interview

The tot will be the monarch’s 10th or 11th great-grandchild depending on whether he or she arrives before or after Zara Tindall’s baby, which is also due in 2021.

It is understood the couple told the royals before sharing the news with the world.

Former actress Meghan’s due date has not been revealed but her bump was blooming in the picture.

The Sussexes quit as senior working royals in March 2020 for new lives of personal and financial freedom.

They are now settling into an £11 million mansion in California.

Since ending royal duties, they have struck lucrative deals with Netflix and Spotify to make shows and podcasts.

Young Archie made an adorable appearance on their first podcast which was released in December.