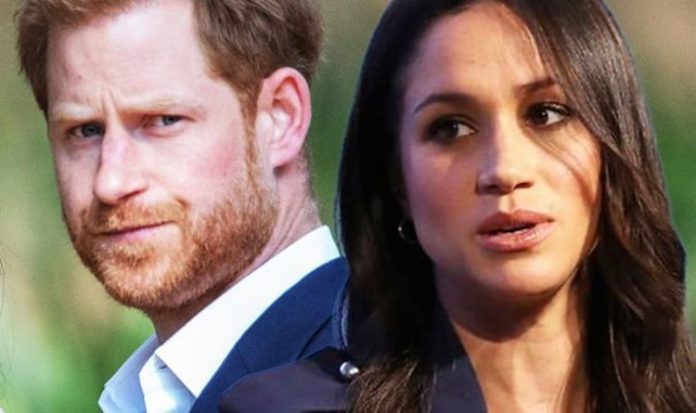 Royal expert and author Bob Morris argued that it was unclear what path lay ahead for Meghan Markle and Prince Harry. During an interview with the Daily Express, Mr Morris claimed Meghan and Harry have confused celebrity status with royal status. He added that as time goes on and they distance themselves further from the Royal Family, they will fade into the background.

Mr Morris said: “It is very difficult to say what their future holds as they are still exploring their options.

“But I imagine they will gradually fade into the background.

“They will be taking up residency in the United States and becoming increasingly distant from the Royal Family.

“It is not clear what their role will be but the essential difficulty is that they seem to have confused celebrity with royalty, they are not the same.”

Meghan and Harry have also been warned about their Netflix deal going forward.

Royal commentator Dickie Arbiter insisted Netflix will want their money’s worth for working with the pair.

While speaking on talkRADIO he claimed Netflix may be hoping to get insights into the Royal Family.

He added he was hopeful neither would choose to divulge such information to the streaming giant.

“She would have to bring Archie and they want to keep him well away from London.”

“It is just Harry and Meghan are making all sorts of excuses not to come and share Christmas with the Queen.

“I think that Meghan feels that if she comes to London the atmosphere will be so terrible that she wouldn’t be able to take it.”