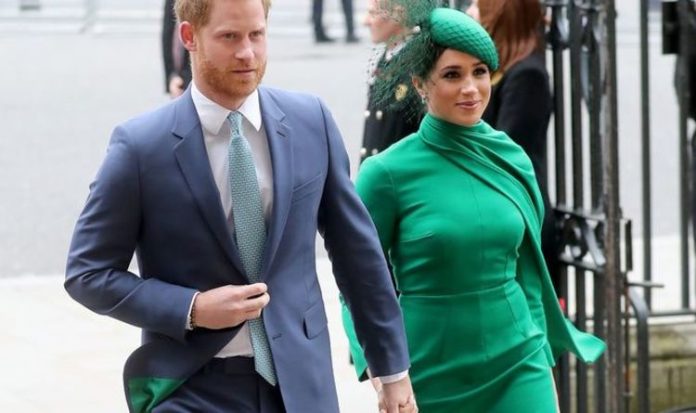 In a picture exclusive obtained by the Daily Mail, the pair was spotted driving near their Montecito home, north of Los Angeles. Prince Harry was seen driving the car with Meghan in the passenger seat – both wearing a dark pair of sunglasses.

Harry was reportedly wearing a pale polo shirt and Meghan could be seen sporting a wide-brimmed straw hat.

Also in the vehicle was Meghan’s mother Doria Ragland seated behind her daughter.

According to the report by the Daily Mail, Doria moved in with Harry and Meghan last summer to help care for their son Archie.

The Oprah interview which airs on CBS on March 7 at 8pm ET (1am March 8 UK time) is one of the most eagerly anticipated royal interviews ever recorded.

On Sunday it was revealed that the interview, which originally was set to run for 90 minutes will be extended to two hours.

Broadcaster ITV is expected to land the rights to air the interview in the UK during a bidding war with Sky for exclusive rights to the material.

The Winfrey interview will be Meghan and Harry’s first sit down interview since November 2017 when they were first engaged.

The upcoming interview, simply called: Oprah with Meghan and Harry: A CBS Primetime Special, is set to have “no subject that’s off limits” according to interviewer Oprah Winfrey.

The response came after a palace statement in February in which the Queen confirmed that they could not “continue with the responsibilities and duties that come with a life of public service.”