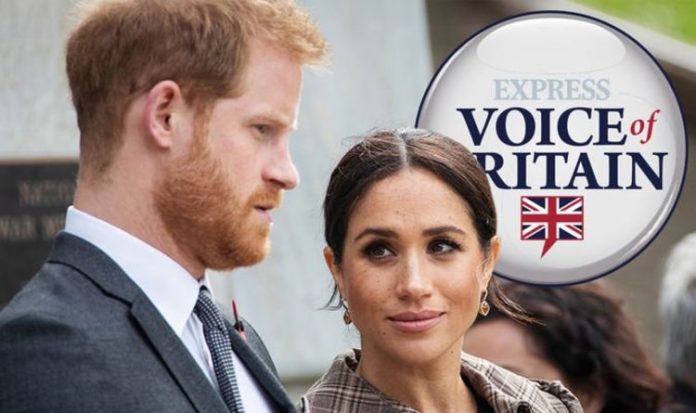 When asked whether they supported the decision, some 68 percent of respondents said yes, 24 percent disagreed and eight percent did not know. Commenting on the poll, one reader said: “They quit social media because they can’t control it. They won’t be missed.”

Another wrote: “I would like them to quit everything and all our media to stop reporting on them.”

One more commented: “I think a lot of people have had enough of them, always wanting to be in the spotlight, I thought they wanted a private quiet life.”

Our poll comes after reports the Duke and Duchess of Sussex, who are starting a new life in America after quitting royal duties, have abandoned social media.

A source close to the couple told the Sunday Times they had “no plans” to use social media for their Archewell Foundation and were “very unlikely” to return in a personal capacity.

Meghan and Harry were understood to have become disillusioned by hurtful comments they received.

The pair amassed more than 10 million followers on their Sussex Royal Instagram, which they were forced to drop when they stepped back from the monarchy.

READ  Meghan Markle and Harry went 'up against a lot' in 2020, including the monarchy - expert | Royal | News (Reports)

“If people are saying things about you that aren’t true, what that does to your mental and emotional health is so damaging… That’s so big, you can’t even think of what that feels like.”

And during a virtual summit for American magazine Fortune that month, Meghan said social media users were like “people addicted to drugs”.

In an opinion piece for US publication Fast Company in August, Harry said: “The digital landscape is unwell.”

Meghan and Harry are living in California with their young son Archie after officially ending royal duties last March.

They have signed lucrative deals with Netflix and Spotify as they pursue a life of personal and financial freedom.

The Megxit arrangements are due to be reviewed by the Queen after a year.