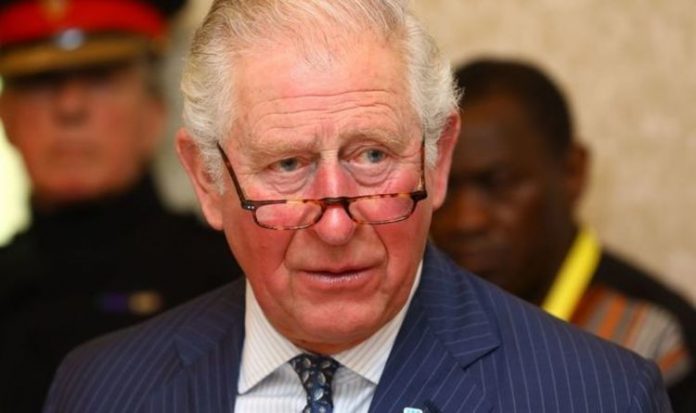 Royal author Clive Irving told Express.co.uk Meghan and Harry had to leave because they would never settle for being part of the “royal furniture”. He said polling implied their popularity among the younger generations was a result of their relevance in the modern world – in contrast to Prince Charles.

The New York-based expert said the Duke and Duchess of Sussex could not fit in the Royal Family because they were “of the modern world” – unlike the Prince of Wales.

The author of ‘The Last Queen: Elizabeth II’s Seventy Year Battle to Save the House of Windsor’ said: “If you look at YouGov polling over the last few years, you can see that the Millennials and even younger people are much more sceptical over what is the point of this institution and how can it stay relevant with the times we are living now.

“This question of relevance is very important, because Charles is basically an 18th-century figure, whereas Meghan and Harry live in the present world, they are of the real world, and that’s one of the reasons why they couldn’t really fit in back home.

“Looking at it from the US, there is a very different perspective, they are much more sympathetic figures here.

“I think Meghan’s decision to write an editorial in the New York Times really won over a lot of people to her, people now realise that she and Harry are really trying to do good works, as indeed Diana did.

“Harry has a very strong memory of what his mother did and what her role was.

“And what is there for someone like Harry to do other than do good works?

“He doesn’t want to be a piece of royal furniture, he wants to be a very positive and active person.”

Out of the 1626 Britons polled between October 2 and 4 by YouGov, 22 percent of those aged between 18 and 24 answered Meghan and Harry to the question “who do you think will have the most influence on the future of the Royal family in the next decade?”

Kate and Prince William were favoured by 39 percent of the people in this age group.

Only 9 percent of those interviewed aged between 18 and 24 answered Prince Charles and Camilla.

Similarly, 9 percent of people aged between 25 and 49 answered Prince Charles and Camilla to the same question.

But those in this age group appear to prefer the Cambridges over the Sussexes, with 69 percent saying they think Kate and William will have the most influence on the Royal Family in the future against 7 percent mentioning the Meghan and Harry.

The survey also asked whether Britain should retain monarchy or replace it with an elected head of state.

Among the youngest age group polled, 34 percent spoke in favour of an elected head of state while 42 preferred to continue to live in a constitutional monarchy.

Among people aged between 25 to 49, 24 percent were in favour of republicanism while 62 said to favour the Crown.

People aged over 50 spoke overwhelmingly in favour of monarchy.

Meghan and Harry officially stepped down as senior royals on March 31, when they relinquished the use of their HRH style, they stopped using their brand Sussex Royal and gave up to royal duties.

Prince Harry was also stripped of his honorary military titles.

In turn, the couple were given the freedom to live abroad, retain their patronages and become financially independent after they stopped receiving funds from the Sovereign Grant, which has given Meghan and Harry more freedom from public scrutiny.

After splitting from the Royal Family, the Sussexes move to California, where they started quietly volunteering for organisations close to their heart.

They also continued to use their platform to raise awareness on issues they care about – such as voter registration, the dangers of social media and mental health.

In November, the Duchess revealed she had a miscarriage, a heartbreaking confession welcomed by the public, as well as charities focused on baby loss, who praised the Duchess for helping other people who suffered the same loss.