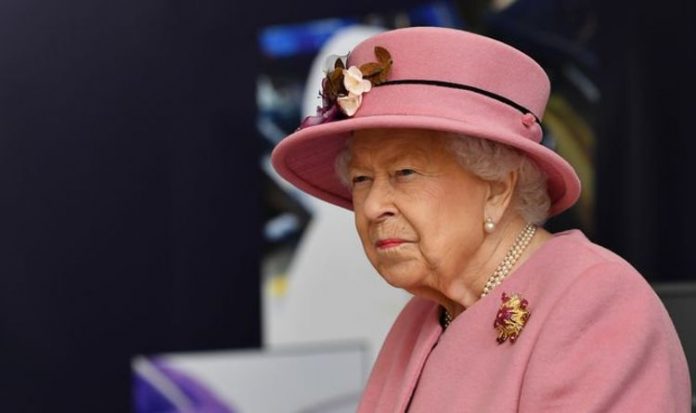 Due to the UK’s coronavirus guidelines, only three households will be able to mix this Christmas from December 23 to December 27. The Queen and Prince Philip’s spokesperson have already put out a statement showing the royals will stay at Windsor Castle for the holidays for the first time in 33 years. But the monarch will also make sure she stays in contact with those who miss out on her Christmas bubble.

Palace sources told the Daily Mirror of the Queen’s plans to ensure she hears from her family this Christmas, despite the royals being unable to gather as one due to coronavirus restrictions.

The Palace source said: “The Queen is acutely aware of the need for caution throughout the crisis and the Christmas period is no different.

“The Queen and The Duke are fortunate to spend Christmas with their family every year.

“They understand that their family will have competing demands over the Christmas period and are content to have a quiet festive season this year. Like everyone they hope things will get back to normal in 2021.”

Last week, a Buckingham Palace spokesperson confirmed the Queen and Prince Philip will not make their traditional trip to Sandringham Estate for Christmas, instead opting to stay in Windsor Castle.

They said: “Having considered all the appropriate advice, The Queen and The Duke of Edinburgh have decided that this year they will spend Christmas quietly in Windsor.”

The monarch will be allowed to bubble with two more households, but according to a royal source they will likely opt to spend Christmas by themselves.

The source told Newsweek: “They may see some members of their family but the Queen and the Duke understand family will have competing demands over the Christmas period and are content to have a quiet festive period this year.”

Zoom calls could be the way the Queen and Philip speak with their family on Christmas, as the royals have embraced video chats this year due to the pandemic.

In June, the monarch made her first appearance via video conference call when speaking with carers for Carers Week 2020.

Grant Harrold, former royal butler and etiquette expert, told The Cut the royals even have an etiquette guide for zoom calls.

He also hailed the royals move to online meetings, and said: “When you see Prince Charles, or the Duchess, and you see the room behind them, it’s quite personal. It’s a private home.

“If it wasn’t for lockdown, I don’t think you’d have seen these rooms, because they stick to more public rooms when they have audiences with people.”

Speculation has risen over which royals could be included in the monarch’s Christmas bubble, with Prince Edward and Sophie, Countess of Wessex seen as potential candidates.

Prince William and Kate, the Duchess of Cambridge, were rumoured to be on the shortlist for the monarch’s bubble, but they are likely to miss out.

Instead, the Daily Mirror reports royals believed the Cambridges’ will spend the holidays in Bucklebury with the Middletons.

The last time Kate and William spent Christmas with the Duchess’ family was in 2016.

The UK’s coronavirus guidelines do allow for royals to meet up in Sandringham Estate for the annual Boxing Day hunt, as it is classified as an outdoor sport.

But a former royal staffer has said the monarch might be thankful for a smaller scale Christmas.

They told People magazine: “She might want a rest—you never know. She might be happier for a quieter household this year.”