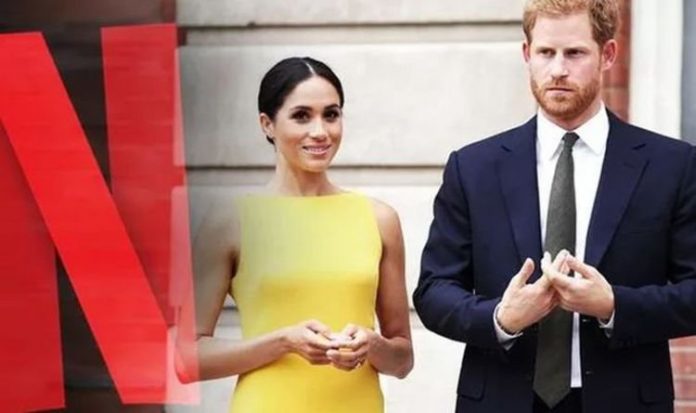 Meghan Markle, 39, and Prince Harry, 36, stepped down as senior members of the Royal Family in March 2020 and have since moved to California with their son, Archie. The Duke and Duchess of Sussex have also signed a deal with Netflix which could see them earn more than $250million (£190million), according to reports. Royal commentator Marlene Koenig has claimed the public do not realise the couple “don’t get all that money”.

Speaking to Express.co.uk, Ms Koenig said: “People don’t realise they don’t get all that money.

“Some of that money has to pay for writers, people’s health care insurance, production.

“But the fact that they’ve been able to pay back the money for the renovations for Frogmore Cottage as well as a good chunk instalment for the rent, their own security, it’s not from bank of dad anymore.

“They’re certainly doing very well. One assumes whenever they speak they’re given a cheque but we don’t know.”

The royal couple have received criticism for signing a deal with Netflix despite the streaming service having a hit show about the Royal Family.

Harry has said the royals watch The Crown but insisted he will demand the show stops before it reaches him, according to royal biographer Angela Levin.

Speaking to talkRADIO, Ms Levin said: “When I met Harry at Kensington Palace the first question he asked me was, ‘Are you watching The Crown?’

“I mumbled and said, ‘are you and the rest of the Royal Family?’ He said, ‘yes, we’re all absolutely watching everything but I’m going to insist it stops before it reaches me’.

Mr Graham added: “Ok, that’s not long enough for me for someone to completely change their view.”

Ms Levin had previously warned the royal couple as she said signing a deal with Netflix was a “terrible error”.

“I think the way that he has left the Royal Family, the way he did it, and he’s changed.

“He’s almost unrecognisable from Prince Harry I spent a lot of time with.

“But I think, you know, Meghan is desperate to earn lots of money and Netflix offered them something.”