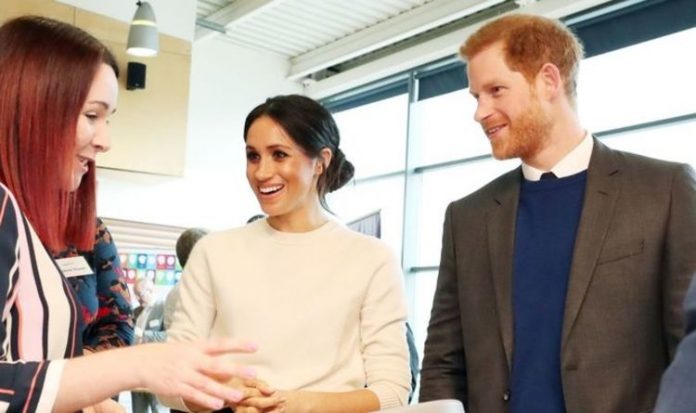 The pair decided to step back as royals last year partly, the royal expert alleged, in order to “make money from their royal status”. Meghan, Duchess of Sussex, yesterday revealed she has invested in a US start-up company which specialises in instant oak milk lattes. The investment in Clevr Blends marks her debut as a start-up investor and, according to Daily Express royal correspondent Richard Palmer, it shows the true motive behind Megxit.

He said the reasoning behind the pair’s departure from the charitable Royal Foundation and the Royal Family itself was to make money from their royal status.

Sharing a story on Twitter about Meghan’s investment, he said: “A reminder that Harry and Meghan’s desire to make money from their royal status was the root cause of their departure from the Royal Foundation and ultimately the Firm.

“The rows with staff, family, media were all reasons they quit but this was a big part.”

Following the announcement of Meghan’s new investment, many took to social media to criticise the Sussexes.

One person said: “It’s always been about the money.”

Another said: “The issue here is not that they make money, the issue is wanting to make money from the royal status when they knew it was not allowed.

“It’s the shadiness of it all, people can tell.”

A third said: “I think they should both drop the Sussex title.

They have since paid back the taxpayer money used on refurbishing Frogmore Cottage.

The pair also hope to participate in several speaking events similar to Barack and Michelle Obama.

Harry and Meghan will have their current agreement reviewed in the spring of 2021.

According to insiders, Harry and Meghan will be become more visible to the public in 2021 after the pandemic allows.

Experts have stated the pair are optimistic and excited over the opportunities next year may brine post the pandemic.

One insider told Vanity Fair: “We will see more of them and in a different way to how we saw them as working royals.