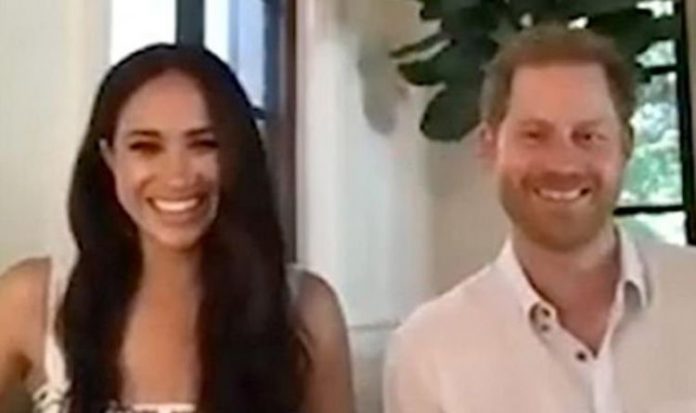 Meghan Markle and Prince Harry will make their long-awaited return to the UK next year, spending “an extended period of time based in Britain”. Omid Scobie, who is close to the royal couple, revealed the surprise decision on his royal podcast The HeirPod. Mr Scobie was the co-author of bombshell biography Finding Freedom.

Meghan and Harry will be based in the UK from March until July, according to the latest details.

The couple plan to attend to attend the unveiling of the Princess Diana statue and Trooping the Colour next summer.

The podcast host and ABC royal contributor said the Duke and Duchess of Sussex had “many reasons to be based in the UK” next spring and summer.

The couple are currently living in a huge £11million mansion in Santa Barbara, California with their son Archie.

Harry and Meghan have been living in the US since confirming their plans to step back from senior royal duties in January this year.

They recently bought a sprawling nine-bedroom and 16-bathroom mansion in a upscale California area, making them neighbours with celebrities Oprah Winfrey and Ellen DeGeneres.

Mr Scobie explained: “I would not be surprised if we saw the Sussexes spend an extended period of time in the UK next year.

“In March, we have the Invictus Games, which has been rescheduled, in the Hague.

The latest plans follow the announcement this week that a new Princess Diana statue will be installed at Kensington Palace next year.

Plans for the statue were confirmed in a rare joint statement on behalf of the Duke of Sussex and Duke of Cambridge.

The statue was commissioned to mark the twentieth anniversary of Princess Diana’s death.

The statement read: “The statue that Prince William and Prince Harry have commissioned to commemorate their mother, Diana, Princess of Wales, will be installed next year on what would have been her 60th birthday.”

It will be installed in the Sunken Garden of Kensington Palace on 1st July 2021.