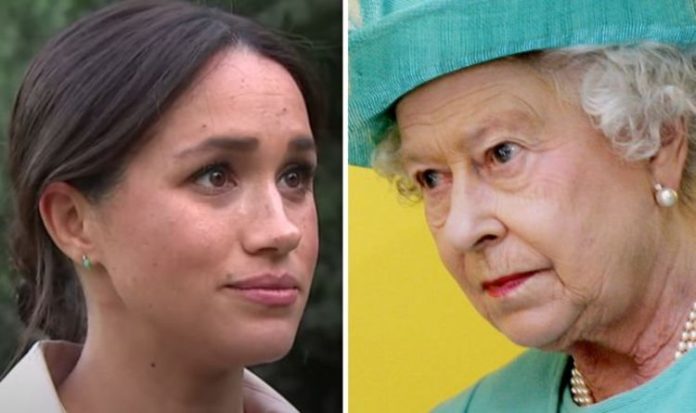 The Duke and Duchess of Sussex’s friend, journalist and author, Tom Bradby has claimed Harry has been left “heartbroken by the situation with his family” after leaving the royals and moving to US. However, Mr Bradby, who is the ITV News at Ten anchor, noted the couple are “content” with their new lives and are ‘”quite excite” by the new things they are doing. Speaking on an episode of Love Your Weekend With Alan Titchmarsh, which will air today, the broadcaster also stated that he thought Harry’s brother, Prince William, did not find his position as Duke of Cambridge “easy”.

When asked if he thought Harry and Meghan seemed any happier in the US, Mr Bradby said: “So are they unhappy? No, I think they are content, the things they are doing they are quite excited by.

“I think he is heartbroken by the situation with his family, you don’t necessarily need to have knowledge to know that, but I think it is true.”

Harry and Meghan plunged the Royal Family into a period of crisis in January last year when they announced that they wanted to step back as senior royals and become financially independent.

It was Mr Bradby, who, in a documentary filmed throughout their 10-day tour of Africa, had given the first glimpse of the couple not enjoying royal life.

Meghan and Harry relocated to the US last year (Image: GETTY)

The Duke and Duchess of Sussex opened up about their struggles with the media scrutiny in some of the most candid interviews ever given by members of the Royal Family.

‘Harry & Meghan: An Africa Journey’ was presented by Mr Bradby and while the tone of some of the earlier interviews was upbeat, by the end of the tour, the Duke and Duchess of Sussex both spoke emotionally about their personal struggles.

The former Suits actress told Mr Bradby that it was essential for her to “thrive” and “feel happy”, warning that simply enduring unwanted scrutiny was “not the point of life”.

She said: “It’s hard. I don’t think anybody can understand that.

“In all fairness, I had no idea, which probably sounds difficult to understand, but when I first met Harry, my friends were so excited, my US friends were happy because I was happy.

“But my British friends, they were sure he was lovely, but they said I shouldn’t do it because ‘the British tabloids will destroy your life’.

JUST IN: Queen’s complaint about EU getting ‘too big’ in Turkey membership hint

Meghan Markle opened up to Tom Bradby in October, 2019, during her tour of Africa (Image: ITV)

“Because I’m American I very naively didn’t get it.”

Commenting on the candid interviews in a column for the Daily Telegraph, though, royal correspondent Camilla Tominey revealed why the Sussexes’ revelations were “on a par with Princess Diana’s explosive sit-down with Panorama” and “problematic” for Queen Elizabeth II.

In 1995, the late Princess opened up with BBC Panorama’s Martin Bashir about her life in the Royal Family and marriage to Prince Charles.

In the interview, Diana not only spoke about her husband’s infidelity but also shed some light on how she felt isolated and misunderstood within the Palace.

Similarly, Meghan told the broadcaster: “Not many people have asked if I’m okay.”

Ms Tominey argued that the Duke and Duchess of Sussex’s interviews might not be welcomed within the royal household, and the Queen.

She wrote: “In insisting he will protect his family at all costs, backed up by Meghan saying she will not adopt the ‘British stiff upper lip’, the Sussexes appear to be saying something deeper about their ongoing role in the Royal Family.

DON’T MISS:
Queen’s support for EU membership exposed in Christmas message [INSIGHT]
Meghan pretends to be Queen and wears crown in throwback footage [VIDEO]
Meghan and Harry asked Queen to ‘move in with her’ [REVEALED]

“They are no longer willing to put up and shut up – which could prove problematic for a family that has traditionally kept calm and carried on.”

Diana’s emotional outpouring on TV was, according to multiple reports, one of the reasons the Queen severed her ties with the Princess.

In her 2017 book ‘The Duchess: The Untold Story’, biographer Penny Junor said that was the last straw for Her Majesty.

“This public mud-slinging wasn’t just harming the monarchy, it was damaging for the young princes [William and Harry].”

The Queen reportedly could not allow the public drama to go on any longer.

Her Majesty decided it was best for her son and the Princess to end their marriage so she sent them separate letters urging them to get a divorce.

Charles and Diana agreed, and their divorce was finalised in 1996. 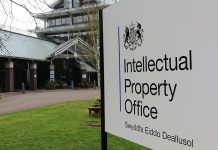 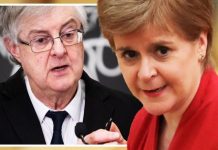