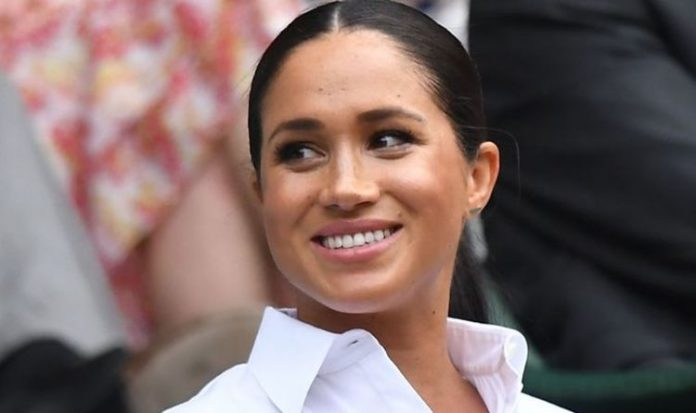 Meghan, Duchess of Sussex, has always been an animal lover, as has her husband, Prince Harry. According to Barkpost, the Duke of Sussex had several puppies that he liked to cuddle and play with as a child. A few of the dogs even made it to royal family photographs. As for Meghan, she had two rescue dogs while living in Toronto, Canada.

What are the names of Meghan’s dogs?

Meghan Markle and Prince Harry have two dogs, a black Labrador retriever and a rescue beagle, which Meghan brought to the UK with her.

The Labrador’s name is Pula, while Meghan’s beagle goes by the name Guy.

Pula was adopted by the couple in August 2018, and a book written about the couple, Finding Freedom, has revealed the unique meaning behind the name choice.

Pula is the currency of Botswana, a country in Southern Africa which Prince Harry is extremely fond of.

Harry and Meghan have taken Guy and Pula with them to their new Santa Barbara home, which they moved to in recent weeks.

The dogs appeared in an interview Meghan had with feminist scholar Gloria Steinem.

The Duchess can be seen bending down to greet and stroke her pooches before resuming the interview.

According to People, the couple’s one-year-old son Archie is already a huge fan of animals and is “best friends with his dogs”.

The Duchess penned a touching foreword for animal charity Mayhew earlier this year, of which the Duchess is also patron, in which she revealed sponsorship renewal of a dog kennel in Archie’s name.

Meghan wrote: “I would like to extend a heartfelt thank you to all of the volunteers, staff and students at Mayhew.

“As an expression of my own commitment, I renewed my sponsorship of a dog kennel in the name of our son, Archie, to create an interim home for a pet in need.

“I hope you will show them your support in whatever ways you can.

“When you do, you will be contributing not just to animal welfare but to the shared welfare of us all.”