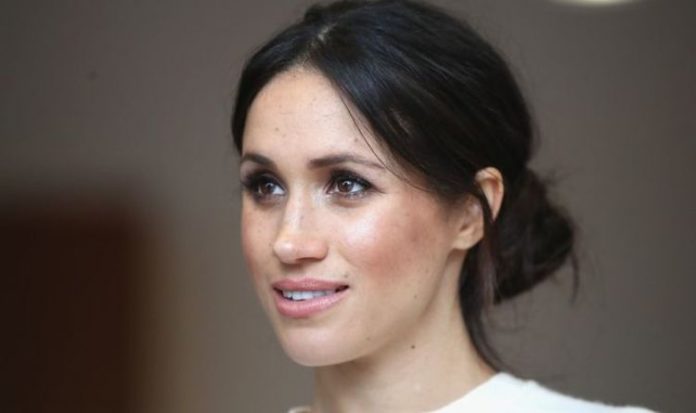 Royal commentator Emily Andrews argued that Meghan Markle quickly realised being part of the Royal Family would not give her unlimited power and freedom. During Channel 5’s royal documentary, Meghan and Harry: The New Revelations, she argued the Duchess of Sussex hoped to be a beacon of change in the monarchy. However, the Duchess quickly realised this would not be the case and wanted to leave to pursue her own goals with husband Prince Harry.

“What she thought she was getting was unrivalled power and she would be able to help and be this changemaker.

“This is what she wanted to be.

“But actually she found she was living in a gilded cage.”

DON’T MISS: Meghan Markle FURY:Duchess of Sussex accused of firing back at Royals

The narrator Jennifer Saayeng added that as Harry and Meghan’s relationship flourished it became clear their relationship with the rest of the Royal Family was put under more strain.

The narrator said: “As Meghan and Harry’s relationship blossomed their relationship with the palace and the rest of the Royal Family seemed to have soured.

“The new book Finding Freedom says: ‘increasingly Harry had grown frustrated that he and Meghan often took a back seat to other family members.

“The pair had to wait to announce projects if other more senior royals had announcements of their own.”

“The men in grey suits, that they believed were stalking the corridors trying to clip their wings might have been an invention in their own heads, rather than what was actually going on.”

Some commentators have argued the unofficial biography, Finding Freedom, written by royal commentators Carolyn Duran and Omid Scobie, acts as a mouthpiece for the two royals.

Ms Andrews insisted it better painted a picture of what Meghan and Harry thought about controversial moments during their time in the Royal Family.

Both Meghan and Harry have denied direct involvement in the book, however.