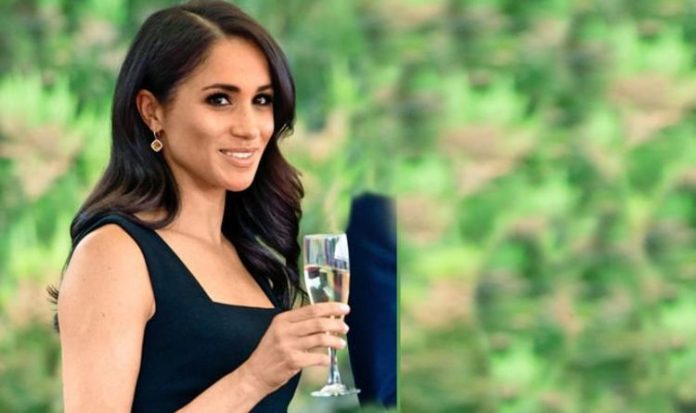 It is rumoured Meghan would be interested in moving into politics and a friend told Vanity Fair: “One of the reasons she was so keen not to give up her American citizenship was so she had the option to go into politics.” But, if she did have ambitions that stretched to Washington, the keys to the Oval Office come with a catch, with constitutional experts warning that she may have to give up her title.

Bern­­ard Wolfsdorf, former president of the American Immi­­gration Law­­yers’ Association, said: “There is no way she would be able to use her title if she held public office in the US. Her oath of allegiance in the US is clearly contrary to her royal title.

“If the Duchess was elected to the office of the US presidency, this would run afoul of the Constitution such that she would have to renounce her royal title, and cease being a member of the Royal Family.”

Although Meghan, 39, has taken a “step back” from being a senior
member of the Royal Family over the past year, “she has public duties that support the monarchy, and auxiliary duties related to those obligations and family duties,” says Wolfsdorf.

“She may have indicated that she will no longer perform these in order to avoid losing her US citizenship but running for office would, in my ­opinion, create a direct conflict.” But Meghan’s dilemma won’t present itself immediately.

President Joe Biden may stand for re-election in November 2024, or could make way for his vice president, Kamala Harris, to run for the Oval Office. If either lost to the Republican challenger in 2024, Meghan could be in a position to run for the White House in 2028.

With her outspoken advocacy for voting rights, gender equality, diversity, the environment and mental health, Meghan is thought most likely to enter politics as a Demo­­cratic Party candidate.

She plunged into the political arena before November’s election, when she and husband Prince Harry urged ­voters to “reject hate speech, misinformation and online negativity” – viewed by many as a direct attack on Donald Trump.

White House sources claim to be unaware of any official moves by Meghan to enter politics but would not be surprised if she sought out the high-profile role of a White House ambassador for one of her favourite causes.

A senior White House source said: “There’s no question that she could play a great advocacy role, and I wouldn’t be surprised to see it, should she want to go in that direction.”