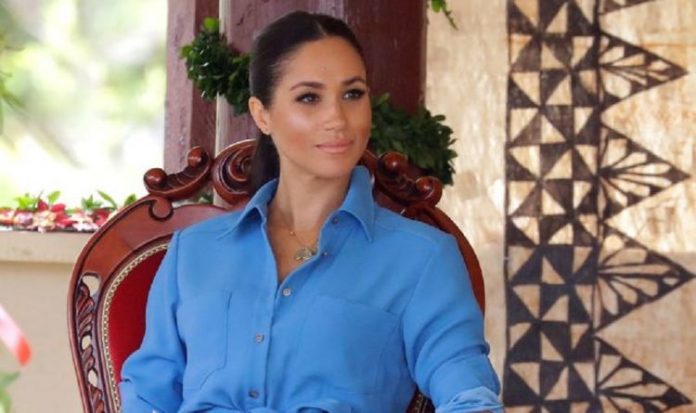 Ever since the Duke and Duchess of Sussex met Californian Governor Gavin Newsom before the US Presidential elections, speculation has been rife that Meghan is considering a run for Congress. Rumours had swirled unabated that the Duchess wanted to be considered for a vacant Senate seat if Kamala Harris became Vice-President. And now a leading Democratic strategist has hinted that the Duchess may well be laying the groundwork for a potential Senate run.

Mike Trujillo told The Times: “She’s doing everything that’s appropriate and allowed given her new position but she’s definitely putting her toe in the water.

Mr Trujillo believes that Meghan and Harry’s Archewell Foundation could provide the Duchess with an suitable entry point into the world of politics.

The Democratic strategist noted that charitable work is a well known route into US politics for those eyeing such a career.

As an example, he pointed to way in which Hollywood legend Arnold Schwarzenegger used his Arnold’s All Stars foundation to launch his campaign to become Californian Governor.

He explained: “Everything she’s doing is similar to what other folks have done before they run for office.

READ MORE: Meghan Markle POLL: Do you think Duchess will move into politcs?

The name Archewell is derived from the Greek word “arche”, meaning “source of action”.

In a statement last year explaining their choice of name for their Foundation the royal couple said: “We connected to this concept for the charitable organization we hoped to build one day, and it became the inspiration for our son’s name.

“Archewell is a name that combines an ancient word for strength and action, and another that evokes the deep resources we each must draw upon.”