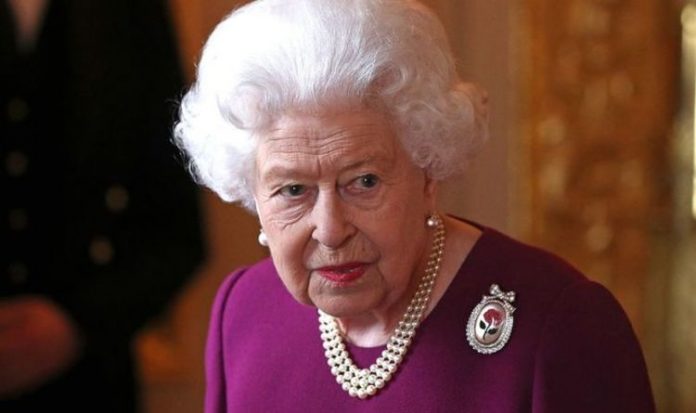 The 94-year-old keeps a notepad nearby to offer feedback about her meals once she has finished, it claims. And this routine served as a perfect precursor to a prank by Her Majesty. In Long Live The Queen: 23 Rules for Living from Britain’s Longest-Reigning Monarch, Bryan Kozlowski writes: “There was the odd moment, years ago, when a footman found a torn off page from the notepad, concealing a squashed slug inside.

“‘I found this in my salad,’ the Queen had scribbled on the pad. ‘Could you eat it?'”

The story, revealed by Cosmopolitan, demonstrates the monarch’s quick-wittedness.

Mr Kozlowski interviewed chef Charles Mellis, who worked in the royal kitchens for 12 years. He said cooking for the Queen is “no trouble at all”.

It is one of many stories to emerge of late describing her personality – told by those who have worked within the palace walls.

Sally Bedell Smith, who wrote Elizabeth the Queen: The Life of a Modern Monarch, recalled a self-deprecating joke.

While watching a rerun of Prince Charles and Diana’s wedding, the Queen spotted herself.

Looking at the screen, the Queen spotted herself, which prompted an unexpected reaction.

The monarch then struck a “series of poses, slipping her hands in and out of her pockets and placing them onto her hips, mimicking the stances of a professional model”.

Ms Kelly recalled: “The Queen was a natural. Barry and I felt we were experiencing something really special: a moment never to be repeated.”

Her cousin, Margaret Rhodes, has also described how Her Majesty enjoys a glass of champagne each night before bed.