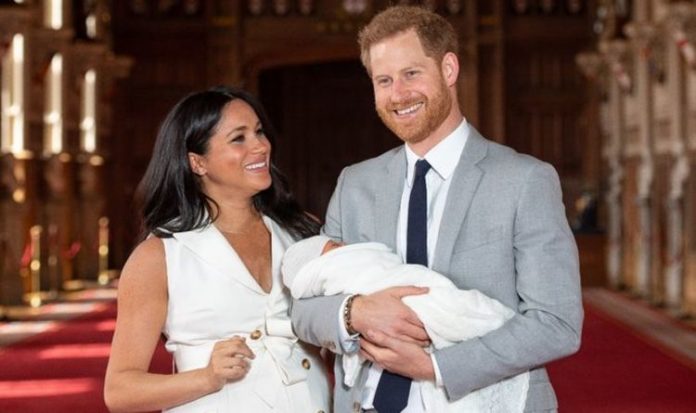 The authors wrote: “Harry and Meghan had agreed that they didn’t want their home filled with staff.

“Harry had seen that situation at William’s home and didn’t want the same for his family.

“He and Meghan liked the idea that when they went to bed at night, it was just the three of them in the house. Cozy and private.”

But the Sussexes soon changed their mind about hiring a nanny and started looking for someone to help them at home.

They hired three different nannies as they did not feel at ease after their first experience with a childcare professional.

In the incendiary biography, Ms Durand and Mr Scobie wrote: “They decided to hire a night nurse to establish a sleep schedule and be an extra pair of helping hands. But their time with the couple was brief.

“Meghan and Harry were forced to let the nurse go in the middle of her second night for being unprofessional and irresponsible.”

Harry and Meghan opted for hiring someone else, but although the woman did a “fine job,” the first “incident” left them worried.

The highly-skilled nanny lives in Kensington Palace with the family to ensure she is always available for them.

Ms Borrallo was born in Madrid and educated in Norland College in Bath, one of the most prestigious educational institutions for nannies.

George, Charlotte and Louis abide by strict rules when they are under Ms Bordallo’s watch.

Norland expert and Nanny in a Book author, Louise Heren, explained why Ms Bordallo is one of the best nannies in the country.

She said: “There will be no messing. That’s because Maria will be aware that as they step off planes, holding mum’s hands, smiling and waving to the crowds, there can’t be any crying or terrible twos or tantrums.