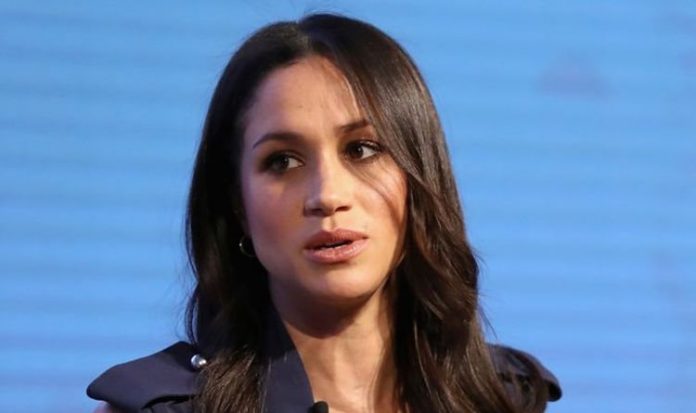 Meghan Markle, 39, gave her name as “Rachel Meghan Her Royal Highness The Duchess of Sussex” when Archie Harrison Mountbatten-Windsor was registered after his birth in May 2019. But, according to , the certificate was amended on June 6 that year to remove her first names “Rachel Meghan”. Royal expert Hugo Vickers has said Meghan releasing a statement on why the name change happened is not “making relations easier” with the Queen.

Speaking to Palace Confidential on MailPlus, Mr Vickers said: “It seems to me that the Duchess of Sussex thinks she can have a go at the palace whenever something like this happens.

“It’s not going to make relations any easier at all.

“It’s so boring, who cares what name is on the birth certificate?

“If you really want to know, I became very suspicious about what was going on was the whole business about the birth of Archie.

“She’s the first mother to go into labour after giving birth to the child according to the announcements that were made at the time.

“We weren’t allowed to know where she was, where the baby was being born, who the godparents were.

“It’s just stupid that really antagonised a lot of people.”

In another amendment, Harry added “Prince” to his name to make it “His Royal Highness Prince Henry Charles Albert David Duke of Sussex”.

“There’s a lot going on in the world; let’s focus on that rather than creating clickbait.”

The amendments have been put down to fixing a clerical error, according to some reports quoting sources.

On Prince George’s birth certificate, the first names of the Duchess of Cambridge – Catherine Elizabeth – are listed.

But the Duke of Cambridge’s birth certificate does not feature the names of his mother Diana, Princess of Wales, and the record of Princess Beatrice’s birth omits the names of her mother Sarah, Duchess of York.