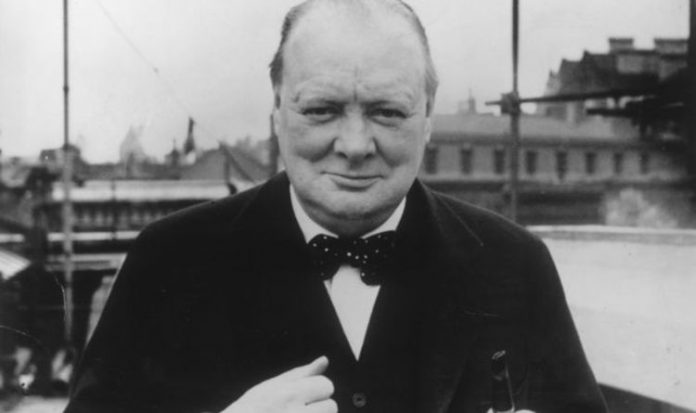 Declassified documents revealed the war hero personally intervened to block a proposed sale of British helicopters to Argentina. In 1953, Buenos Aires expressed interest in buying several Britishowned Sikorsky S-55 helicopters – known as the Whirlwind – for use by their Navy, assuring the British government that the craft would only be used for communications and air-sea rescue work.

Churchill, whose concerns over Argentine designs for the Falklands and other British South Atlantic territories had already caused him to deploy a Royal Navy frigate, HMS Snipe, had previously dealt with an “invasion” that year.

An Argentinian naval tug, the Chiriguano, had established a hut, tent and flag on Deception Island, part of the Antarctic South Shetland Islands. More than 30 crack Royal Marines were deployed but were met with no resistance.

The PM ordered the Chiefs of Staff to prepare a report on the risks of the helicopter sales. Their report, dated November 27, found that the threat to British territories in the area would not be substantially increased by Argentina’s acquisition.

It said: “In the unlikely event of war between ourselves and Argentina, the addition of helicopters would not have any effect on the ability of the Argentine to capture the Falkland Islands, since she already has a heavy preponderance of air and naval forces in the area and, using surprise, should be able to do so without difficulty.

“In any case, the distance of the Falkland Islands from the Argentine mainland is such that S-55 helicopters would be operating at extreme range and an insignificant payload.”

However, they added that were the helicopters to be based on Argentine territory in the Antarctic, they could be used to threaten British outposts in the Antarctic Dependencies, which were also claimed by Argentina. The Cabinet decided to block the sale.

Just 10 months later, Argentina’s Ministry of Agriculture approached the Bristol Aeroplane Company – manufacturer of the Blenheim and Beaufighter bombers so crucial in the Second World War – to buy five Sycamore helicopters for “crop-spraying”, with the prospect of raising this order to 50 if they were happy with the aircraft.

Commanding a price tag of £40,000 a piece, the prospect was a tempting one for both a cashstrapped Treasury and Air Secretary William Sidney VC, who said: “Orders for these helicopters would represent a valuable export.”

The sale even won the backing of Foreign Secretary Anthony Eden who, according to minutes of a Cabinet meeting on August 27, 1954, said he felt that “although there was no certain guarantee that the Argentines would not use these helicopters against us, they had already bought for their navy American helicopters, which were larger and more suitable for use in the Antarctic”.

The minute added: “On balance, [Eden] recommended allowing the sale of 10 Sycamore or similar helicopters to Argentina, and the matter should be re-examined if the Argentines wished to place a larger order.” But Churchill vetoed the sale.

According to declassified Cabinet records: “[Churchill] did not himself feel sure that the helicopters the Argentines now wanted would not in fact be used to our detriment.” 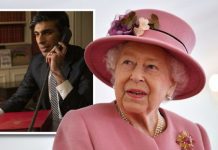