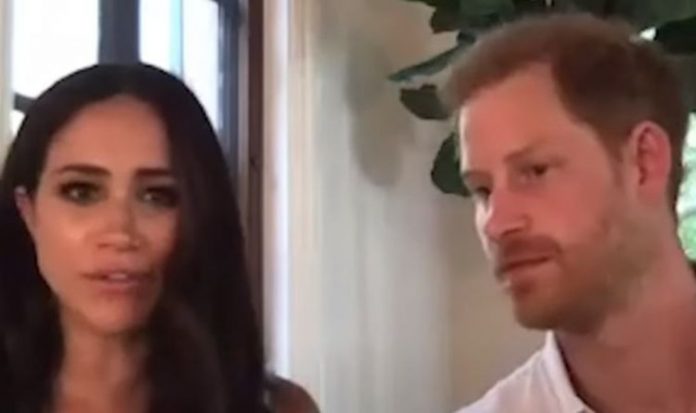 The Duchess of Sussex stepped down from her role as a senior working member of the Royal Family this year in a dramatic split away from duties with husband Prince Harry. The move, dubbed Megxit, saw the couple leave the UK in pursuit of a different path in the US. Meghan and Harry have expressed a desire to become financially independent from the Firm – and have struck numerous lucrative deals in the US to do so.

Royal commentators have discussed the impact of these deals as a review on Megxit arrangements is due next year.

Recently, Meghan asked her celebrity friend Oprah to endorse a new investment she has with Clevr Blends, a “woman-led, mission-driven” company behind “wellness lattes”.

Writing in the Sunday Times, Ms Nikkhah said: “The move marked a new direction as an investor for Meghan, who contacted Mendoza after trying one of her organic oat milk lattes.

“The Duchess plans to ‘build a portfolio’ of female-led start-up companies that are ‘in line with her values’.

“As she told the American business publication Fortune: ‘This investment is in support of a passionate female entrepreneur … I’m proud to invest in Hannah’s commitment to sourcing ethical ingredients and creating a product that I personally love and has a holistic approach to wellness.'”

But Meghan’s decision to ask Oprah to publicly endorse the investment may prove to be a thorny issue when the Queen reviews Meghan and Harry’s situation next year, Ms Nikkhah suggested.

She claimed: “The manner of last week’s coup induced a bout of queasiness in royal circles, where Oprah’s involvement was considered ‘tacky’ and ‘clumsy’.

“Harry and Meghan had pledged their future activities would ‘uphold the values of Her Majesty’.

“An almighty plug from a talk-show host flagging her royal connections has stretched the elastic contours of the ‘Megxit’ deal to snapping point.”