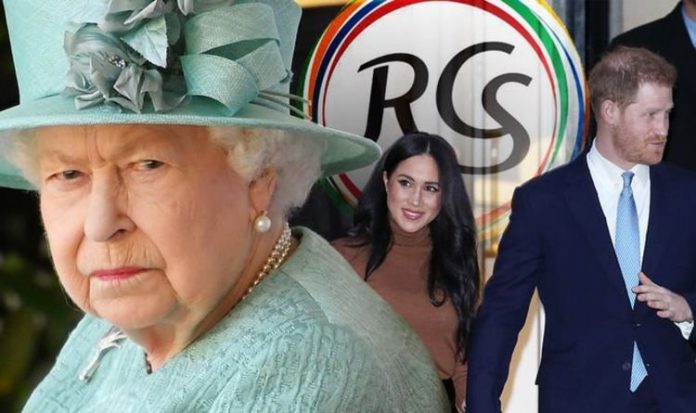 Meghan Markle and Prince Harry’s stepping down as senior working royals is a loss for the Commonwealth, according to a royal commentator. Richard Fitzwilliams spoke to the Daily Express about what the Duke and Duchess of Sussex’s future outside the Royal Family will look like. However, he warned that the departure was a “tragedy from the monarchy’s point of view”.

Mr Fitzwilliams said: “The emphasis on their lives, in their work, is the United States, it’s obvious.

“Also, to some extent, the Commonwealth will be included in this.

“This is the tragedy from the monarchy’s point of view.

“They would have such wide appeal in the Commonwealth.”

The Commonwealth of Nations is made up of 54 member states.

Nearly all of them are former territories of the British Empire, although some of have no historical ties.

However, the Caribbean island, Barbados, is now seeking to remove the Queen as a head of state.

It is set to become a republic by November 30, 2021, the 55th anniversary of its independence from Britain.

During the discussion on historical injustices, Prince Harry said: “When you look across the Commonwealth, there is no way that we can move forward unless we acknowledge the past.

“So many people have done such an incredible job of acknowledging the past and trying to right those wrongs, but I think we all acknowledge there is so much more still to do.

Meghan added: “We’re going to have to be a little uncomfortable right now, because it’s only in pushing through that discomfort that we get to the other side of this and find the place where a high tide raises all ships.