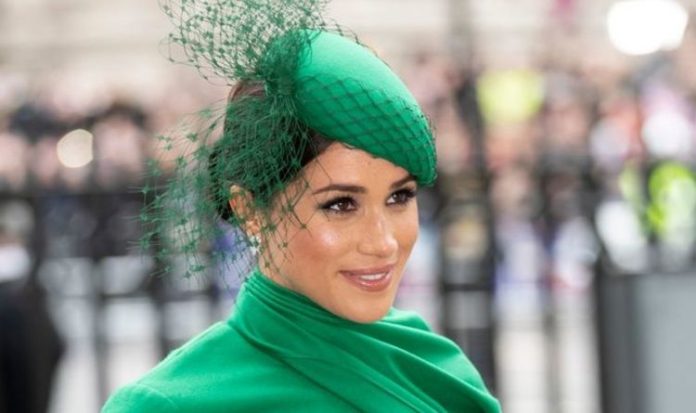 Meghan Markle has chosen to invest in Clevr Blends, a vegan coffee brand that describes itself as a “woman-led mission driven wellness company”. To help promote the company, which describes itself as selling “the world’s first instant oat milk latte”, the Duchess appears to have enlisted the help of US chat show host Oprah Winfrey.

Meghan revealed the investment in a statement shared with Fortune magazine, but she did not disclose how much she ploughed into the startup.

Prior to the official announcement, Oprah appeared to promote the coffee brand to her 19.2million Instagram followers.

In the one-minute-long video, the American states she received a gift basket from “my neighbour M”, which contains half a dozen pouches of the vegan coffee.

Although she doesn’t directly reference the Duchess, the caption of the post states “Yes that M” followed by a crown emoji – in a nod to Meghan’s royal connections.

The public reference to Meghan and the use of the crown emoji has not been welcomed by the Palace.

A royal source told the Mirror: “It is hard to see how emojis apparently trading on royal connections is respecting the values of the royal family.”

A second insider said: “When the Duke and Duchess of Sussex announced their decision to step back as senior royals in order to become financially independent it was always going to be a balancing act.

“But what is clear are the promises made at the time to uphold the values of Her Majesty and the Crown, that neither party should be trading on their royal connections to benefit financially or risk bringing the Crown into disrepute.

“My new drink of choice for the morning and night.

“Wish I had @clevrblends sooner cause I would’ve added it to my Favorite Things list. #HappyHolidays.”

Oprah did not break any advertising rules by promoting the brand and she is not believed to have been paid for the post.

Meghan and Oprah became neighbours in July, after the Duke and Duchess of Sussex moved to Santa Barbara with their son, Archie.

Earlier today Meghan revealed she had invested into Clevr Blends.

She said: “This investment is in support of a passionate female entrepreneur who prioritises building community alongside her business.

“I’m proud to invest in Hannah’s commitment to sourcing ethical ingredients and creating a product that I personally love and [that] has a holistic approach to wellness. I believe in her, and I believe in her company.”

The company have said it plans to use the money to “scale its business”, which currently has a staff of six and sells four different types of instant lattes.