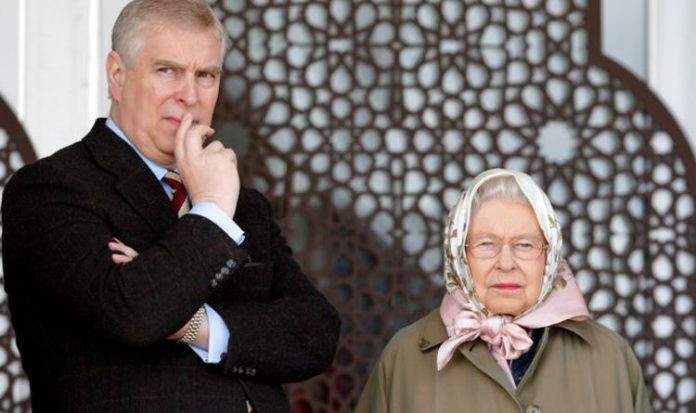 Prince Andrew’s hopes to make a comeback into the Royal Family have been dashed by his own relatives, a royal commentator has claimed. Biographer Angela Levin discussed reports the Duke of York is crafting a long-term plan to be accepted back into the official fold. The Queen’s son stepped back from royal duties for the “foreseeable future” following backlash to a BBC interview where he spoke about his relationship with convicted paedophile Jeffrey Epstein.

Ms Levin told talkRADIO: “What is important is that the Royal Family, i.e. the Queen, Prince Charles and Prince William, have decided that Andrew does not represent them anymore.

“This is their way of standing up themselves and accepting that whatever he’s done doesn’t smell right.

“He has tried very recently to come back and be helpful, particularly since Meghan and Harry are no longer around.

“But it was made very clear that he doesn’t stand a chance.”

She continued: “This is their way of being honourable themselves.

“No charity would want them to support him anyway.

“He hasn’t got the common sense to realise that the public are not stupid.

“The police aren’t even accusing him of anything yet – what they want is to know what he knows.”

The Duke’s lawyers say they twice contacted the US Department of Justice in September but received no response.

ITV Royal Rota podcast host Chris Ship discussed what it would take for the prince to be accepted back into the working life.

He told listeners: “I had a conversation with somebody very close to Prince Andrew. I get the impression they have got this long-term plan.

“In order for that to happen, for example, there would have to be, as they put it, a resolution of the legal process. Total exoneration on his part and his side of the story properly given.

“Although I’m sure they’ll think twice about what kind of interview he should do next time. Then, as they put it, a ‘re-framing of his duties’.”

The Duke denies any wrongdoing.