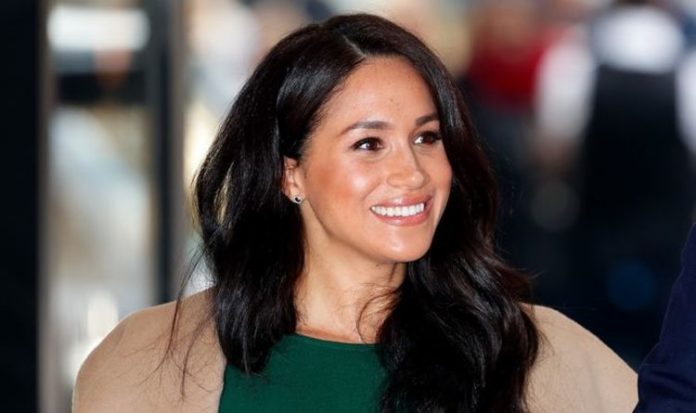 The Duchess of Sussex, along with husband Prince Harry, is currently residing in Santa Barbara, California, where the two are expected to spend this Christmas. Both Harry and Meghan stepped down as senior royals earlier this year amid their move to the US.

In the years before the move however, Meghan is known to have spent festive occasions with the royals.

In 2017, she managed to win over the royals with a Christmas present that proved to be “a huge hit,” according to royal experts Omid Scobie and Carolyn Durand.

In their book Finding Freedom, which documents the Duke and Duchess’ time with the Royal Family, the two authors claim Meghan Markle set out to find a “perfect novelty gift to amuse her new extended family,” People magazine reports.

They continued: “At least one of her gifts was a huge hit – a spoon for William that had ‘cereal killer’ embossed on the shallow bowl end of the utensil.”

Meghan’s joke gift is not the only time the royals have given tongue-in-cheek presents to one another during the festive season.

In 2011 – years before Meghan was on the scene – Prince William’s wife Kate Middleton bought a gag present for Prince Harry.

While past Christmas celebrations may have featured humorous gift-giving ideas such as these, this year is set to be more subdued for the royals.

Earlier this month, it was reported the Queen had cancelled the usual Christmas celebrations at the Royal Family’s Sandringham estate amid the Covid-19 pandemic.

It is thought the monarch will instead remain at Windsor Castle.

Matters may have been further complicated by Prime Minister Boris Johnson’s tough new Christmas restrictions, which have placed some areas of the country into Tier 4.

In Tier 4 areas, different households mixing under one roof is banned altogether even through the Christmas period.

Traditionally, royals exchange Christmas presents with one another at tea time on Christmas Eve, according to the Royal Family website.

Through the festive season, the Queen and her husband Prince Philip can send around 750 Christmas cards.

Recipients are commonly family, friends and Members of the Royal Household.

However, the Prime Minister may also get one, while Prince Philip is known to send cards to organisations he likes.