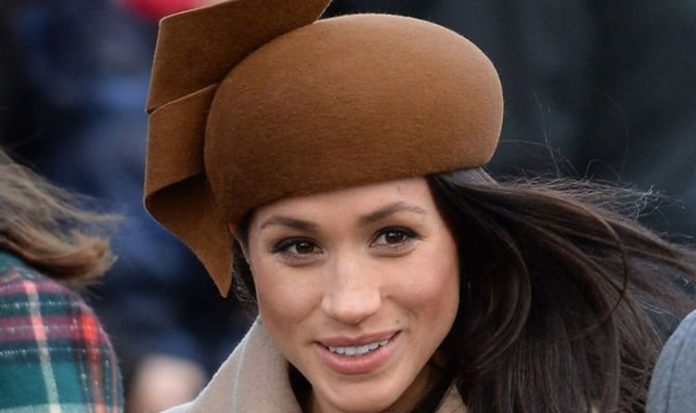 Meghan’s 2015 interview saw her share advice on spending the holidays with friends, as well as a recipe for leftover potato wedges. It also saw her give readers tips on the ideal holiday set up on a budget, and came while she was a mainstay on TV show ‘Suits’. The Duchess and Prince Harry will spend Christmas in their new Los Angeles home, as the Royal Family adjusts to coronavirus guidelines.

Speaking to Grazia, the future Duchess shared with readers her recipe for “maple glazed potato wedges”.

She said: “If you’re like me, you end up buying way too much of everything for holiday meals.”

Meghan described her recipe as “crave-worthy”, and added: “With the slight kick from cayenne and the brightness of the added lemon, they will be a crowd favourite.”

The Grazia feature also saw Meghan suggest spending the holidays with friends, and said: “Holidays with your friends allows you to break the family traditions and avoid Aunt Julie’s fruit cake!

“Have each of your friends bring a dish or cook together in the kitchen.”

READ MORE: Meghan Markle and Prince Harry ‘looking forward not back’ at life away from royal family

She then suggested “keeping it simple and crisp” for festive table layouts, using white crockery and table clothes.

Gilded plates should be also used, along with napkin rings and a “stylish set of cutlery.”

Harry and Meghan are now living in Santa Barbara, and are set to spend their first Christmas together as private citizens after stepping back from full-time royal duties in March.

The Sussex royals are also said to be releasing an official family Christmas photograph, in line with the other Royal Family members.

Omid Scobie, author of the Sussex royal biography ‘Finding Freedom’, said: “Well one thing we get to indulge in as well at this time of year are royal Christmas cards.

“We’ve got them in, we’re still waiting for the Sussexes’ card, I believe it is on its way.”

It comes as the UK-based royals are forced to reevaluate their Christmas plans again after the Government scrapped bubble plans for areas with Tier Four restrictions.

Windsor, along with all of London and much of the South East, were placed into the new tier on Saturday and saw the Christmas bubble plans scrapped.

A Clarence House source said to the Telegraph Queen Elizabeth II and Prince Philip will “adhere to all the guidelines”.

But the monarch and Philip were reportedly hoping to be reunited with Prince Charles and Camilla, Duchess of Cornwall over the festive period.