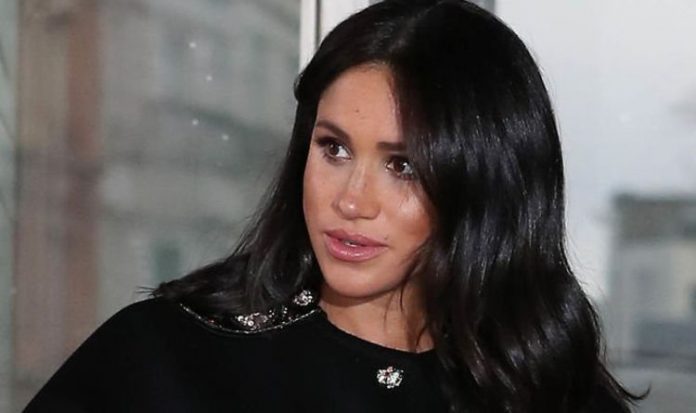 Meghan launched a lawsuit against the publisher of the Mail on Sunday, Associated Newspaper, in October last year. The trial itself will start on January 11 and is set to last between eight to 10 days. However, there has already been a series of skirmishes as Meghan’s lawyers and the defendant prepare their cases – two of which have been lost by the Duchess.

According to a brand and reputation manager expert, the lawsuit against Associated Newspaper is hurting Meghan’s brand and is creating the so-called Streisand Effect.

However, these perceived attempts to curb media scrutiny and the attention from the public eye are now producing the opposite effect the Duke and Duchess of Sussex were hoping to obtain, the expert said.

He told Express.co.uk: “Losing the skirmishes on the legal side doesn’t necessarily hurt her as a speaker.

“However what it does is becoming another indicator of her very challenged and combustible relationship with the press – which is not good for her brand.”

Meghan Markle launched a lawsuit against the publisher of the Mail on Sunday (Image: GETTY)

Meghan Markle taking part in the virtual summit organised by The 19th (Image: THE 19th)

The expert said the Duchess is at risk of experiencing the Streisand Effect, a social phenomenon which sees attempts to hide and protect information causing the unintended consequence of casting even more publicity on it.

He continued: “And I think that hurts Meghan in the end.

“The Sussexes’ goal, trying to slow down press negativity, has only created a bigger level of desire by the media to report.”

In April, the Duke and Duchess of Sussex announced their decision to no longer engage with five British tabloids.

In letters addressed to the editors of these publications, the Sussexes wrote: “The Duke and Duchess of Sussex have watched people they know – as well as complete strangers – have their lives completely pulled apart for no good reason, other than the fact that salacious gossip boosts advertising revenue.

“With that said, please note that the Duke and Duchess of Sussex will not be engaging with your outlet.

“There will be no corroboration and zero engagement. This is also a policy being instated for their communications team, in order to protect that team from the side of the industry that readers never see.”

Mr Schiffer believes that Meghan and Harry’s attempt, in the long run, could become “rat poison” to the Duchess’ brand.

He said: “You will have even more Meghan stories.

“She is now inviting more scrutiny.

Meghan Markle and Prince Harry are yet to launch their charitable platform, Archewell (Image: GETTY)

Meghan Markle during a video call with one of her patronages, Smart Works (Image: SMART WORKS)

“Her short-term attempt to create this big chill is like rat poison to her brand on the medium and long-term, because it is going to create a greater level of obsession and reporting.

“The media is not going to fall off the planet because she has filed a lawsuit, they will just source even tighter.”

Meghan, the expert said, should aim at “lowering the temperature” on her scrutiny by striking a deal with Associated Newspapers, Mr Schiffer added.

He said: “I think if she could find a graceful way to exit the legal case it would assist her and lower the temperature.

“There could be a settlement, they could make a deal, they don’t need to announce the terms of it, and get her out of this epic-scale mess that she has created in the attempt to intimidate the press who won’t be intimidated.”

Meghan is contesting five articles published from February 2019 by the Mail on Sunday and MailOnline in which extracts of a private letter she had sent to her father the previous summer were published.

The Duchess of Sussex accuses Associated Newspaper of misuse of private information, copyright infringement, and breach of the Data Protection Act.

The publisher wholly denies any wrongdoing.

Upon announcing the legal case, Prince Harry issued a blistering statement published on the website Sussexofficial.uk in which he said Meghan had “become one of the latest victims of a British tabloid press that wages campaigns against individuals with no thought to the consequences”.

Recalling his mother’s relationship with the press, Prince Harry added: “Though this action may not be the safe one, it is the right one

“Because my deepest fear is history repeating itself. I’ve seen what happens when someone I love is commoditised to the point that they are no longer treated or seen as a real person.

READ  Applications and complaints to the CAC

Lawyers of the two parts have already met at the High Court over the past few months.

In May, it was announced the publisher won its request made during a preliminary hearing to remove from the case allegations it had acted dishonestly and stoked the rift between Meghan and her father, Thomas Markle Snr.

In August, the Duchess won the right to keep secret the identity of the five friends who spoke anonymously to People magazine in early 2019, briefly mentioning Meghan’s letter to her father during their interview.

Welcoming the ruling, a spokesman for Meghan said: “The Duchess felt it was necessary to take this step to try and protect her friends – as any of us would – and we’re glad this was clear.

“We are happy the judge has agreed to protect these five individuals.”

In September, Meghan lost another skirmish, with the judge ruling the recently published unofficial biography of the Duke and Duchess of Sussex, Finding Freedom, can be used during the trial.

In a statement released after the ruling, a spokesman for Schillings, the law firm representing the Duchess, said: “The Mail has been allowed to prolong this action and try contending its amended defence at trial, where we have no doubt it will fail.

“This defence has no merit and is in fact false.” 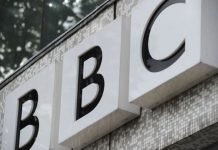 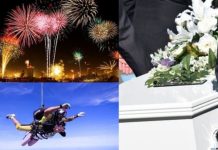