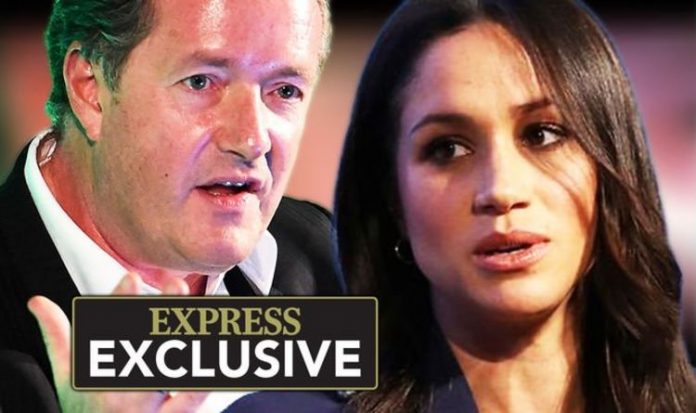 Piers Morgan has launched a scathing attack on Meghan Markle in an exclusive interview with Express.co.uk. The GMB presenter also accused the Duchess of being a “privileged princess” after her and Prince Harry’s split from the Royal Family.

Mr Morgan, who was once friends with Meghan, has heavily criticised the Duchess after she claimed she was the most trolled person of 2019.

The former Suits actress made the comments when speaking on a Teenage Therapy podcast on mental health awareness.

She said the impact of the trolling was “almost unsurvivable” and had a damaging impact on both her mental and emotional health.

But the journalist scoffed at the idea the Duchess was the most trolled person in the entire world, male or female, as she claimed.

He told this website: “She said she’s the most trolled person in the world which is not true, certainly Donald Trump wouldn’t agree with that.

“The online trolling has been so bad its been almost unsurvivable and then today she said she hasn’t had any social media accounts for years – well which one is it?

“How do you know what is being said online if you don’t have any social media accounts.

JUST IN: Meghan Markle and Prince Harry’s new website has a hidden message

“She’s literally just spent a week with some of the poorest, vulnerable and abused people in the world and yet she still managed to make that all about herself and says ‘nobody has asked if I’m okay’.

“Well you’re a privileged princess, for God’s sake get some perspective.”

Mr Morgan further criticises the Duchess of Sussex in his new book, Wake Up.

In the book, the journalist charts the key dates and events of 2020 and accused both Meghan and Harry of being “self-obsessed”.

He said: “It’s sadly, pathetically clear that all the Sussexes care about, like so many self-obsessed privileged wokies, is themselves.

“They live in a me-me-me bubble that doesn’t allow for anything more important, like the worst-global pandemic in a century, to interfere with their self-promotion.”