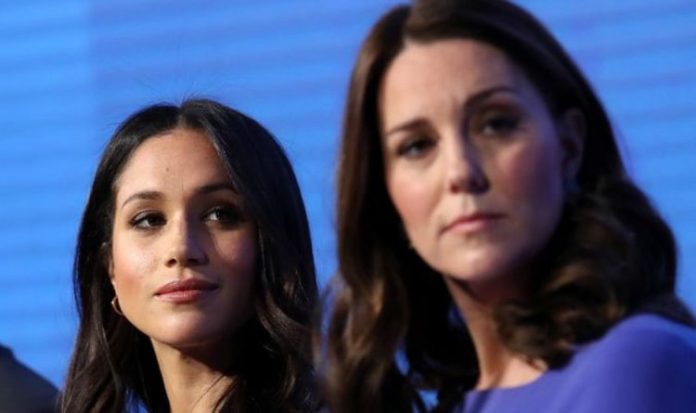 Meghan Markle and Prince Harry’s departure from the Royal Family has led many royal experts to consider what went wrong. Channel 5’s Royal documentary: ‘When the Middletons Met the Monarchy’ reflected on this and compared the situation to Kate’s merging with the royals. Narrator Glynis Barber noted that Kate’s ability to step into her role further emphasised Meghan’s struggles with the task.

Ms Barber said: “Following continual reports of rifts, in 2020 the bombshell announcement came that Harry and Meghan were stepping away from the Royal Family.

“This was less than two years after their fairytale wedding.

She assessed why the two had differing experiences settling into the Royal Family.

READ  235,000 haulier tests completed as lorry drivers urged to get tested away from border

“Even if she didn’t want to dress in a particular way or wear gloves or go through certain formalities, she would buckle down and do them because that was her role.

“Whereas Meghan was not prepared to do so.”

The narrator added: “Scandals, frictions and a slimmed-down monarchy has changed the look of the Royal Family.

“The Duchess of Cambridge and her family have stood firm.

“They have become a touchstone for the Windsor’s future.”

Etiquette expert William Hanson further praised Kate for how seamlessly she stepped into her royal role.

He emphasised that Kate saw the significance of her new role and how important it would be when Prince William became King.

He said: “Kate is the template for those that wish to marry into the Royal Family.

“She has realised that she is going to have to listen to those that came before her and she gets it.”