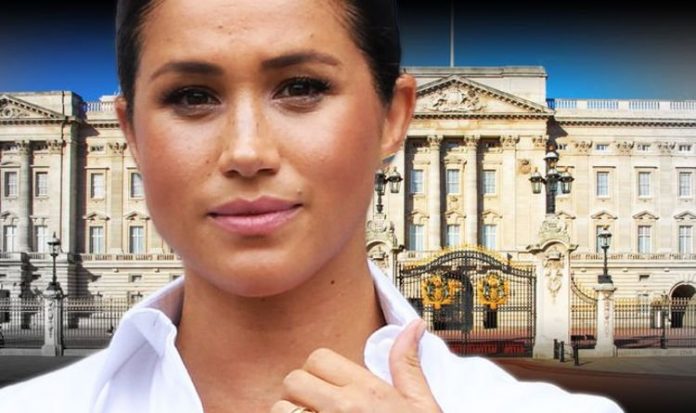 Royal Family expert Angela Levin argued Meghan Markle may find the terrible atmosphere towards her in London too much. While speaking to Mike Graham on TalkRadio, Ms Levin claimed Meghan and Prince Harry were finding excuses to not travel to London for Christmas with the Queen. Ms Levin said: “I don’t think Meghan would dare come back to London.

“She would have to bring Archie and they want to keep him well away from London.”

Mr Graham also reflected on the reluctance of the Duke and Duchess of Sussex to show off their son to the media.

He said: “Well, they seem to want to keep Archie away from everyone. He doesn’t have any friends the poor little guy.”

DON’T MISS: Meghan and Harry ‘realise they got it wrong’ as popularity declines

Ms Levin corrected him and said: “We don’t know that, we don’t know what goes on in that enormous house.

“Let’s stick to what we know and what we can see.

“It is just Harry and Meghan are making all sorts of excuses not to come and share Christmas with the Queen.

“I think that Meghan feels that if she comes to London the atmosphere will be so terrible that she wouldn’t be able to take it.”

“This is one example, it was kindness week last week and she said everybody must be much nicer.

“She is not kind at all to her father.”

Mr Graham agreed and insisted that Meghan Markle and Prince Harry’s followers were not all taking on this message.

He claimed that they had shown themselves to be rude instead of kind on social media.