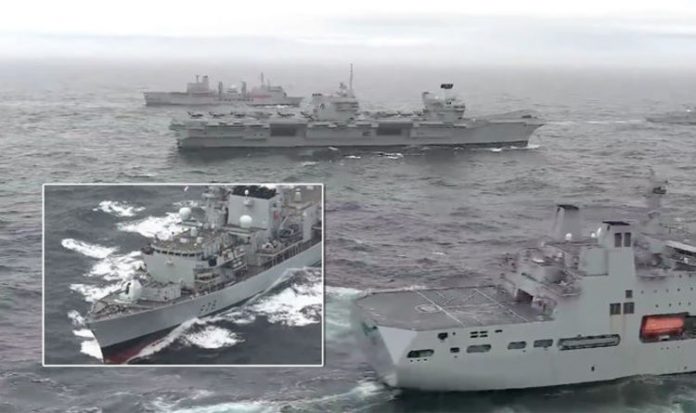 The 65,000 tonne Royal Navy aircraft carrier is at the centre of the group which is made up of a total of nine ships, 15 fighter jets, 11 helicopters and 3,000 personnel from the UK, US and the Netherlands. The strike group, which the navy has described as “the largest and most powerful European-led maritime force in almost 20 years”, has gathered for exercises in the North Sea.

“Protected by a ring of advanced destroyers, frigates, helicopters and submarines, and equipped with fifth generation fighters, HMS Queen Elizabeth is able to strike from the sea at a time and place of our choosing; and with our Nato allies at our side, we will be ready to fight and win in the most demanding circumstances.

“Carrier Strike offers Britain choice and flexibility on the global stage; it reassures our friends and allies, and presents a powerful deterrent to would-be adversaries.”