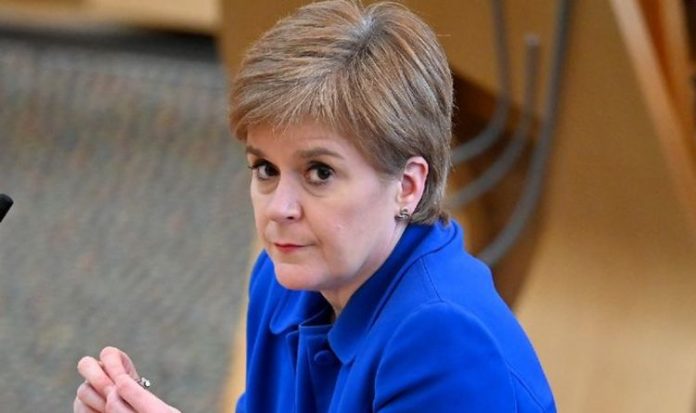 The Bruges Group’s, Dr Niall McCrae argued Scotland is not in a good place to have independence and rejoin the European Union. During an interview with Express.co.uk, Dr McCrae claimed if Nicola Sturgeon had her way and Scotland was able to rejoin the EU, the Scottish people would lose significant amounts of money. He said, due to the coronavirus, Scotland’s economy has suffered heavily and if made independent before rejoining the EU, they would be even worse off.

Dr McCrae argued Scotland would then need to pay significant sums into the EU and this money would go elsewhere in the bloc, not to the Scottish economy.

Dr McCrae said: “The Scots have got to realise that they would be hit with the same problem that is going to hit the Irish.

“The problem is that their economy is savaged by coronavirus and the EU needs money.

“The EU is already making all kinds of deals and agreements to fund the rejuvenation of these countries.

“Almost straight away Scotland would find themselves net contributors and would be giving money away.

“They would go from the Barnett Formula, where they are getting extra money and perhaps excessively to joining the EU as an independent country.

“But they wouldn’t be that independent if a massive proportion of their budget gets sent off to build bridges in Romania and Bulgaria.”

In addition to this, Dr McCrae argued that if Scotland was granted independence, certain member states would have severe objections.

Dr McCrae also highlighted some key trends he has seen among member states in the European Union recently.

He said: “These countries see that the EU is detracting from that sense of nationhood.

“Anything that suggests countries can be encouraged to break up and become part of this pan-European superstate rather than be part of their historical place in Spain, Great Britain or wherever, I think there is going to be a lot of pushing back against any successionist movement, or suddenly be able to arrive in the EU as an independent country.”