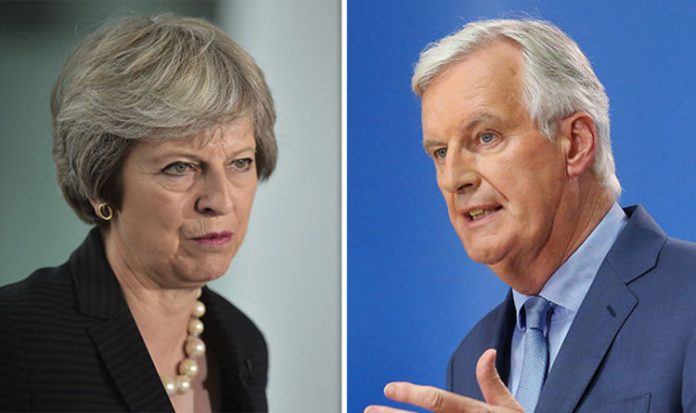 The UK in EU Challenge group has based the challenge on the conduct of pro-leave organisations in the run up to the 2016 referendum.

Leave.EU was recently fined £70,000 following an investigation by the Electoral Commission for offences committed under electoral law.

The group will argue the electoral offences “nullify the result” of both the referendum and the notification to leave the EU under Article 50.

In a statement, the group said: “The rights of the estimated 1 to 2 million British nationals who live, work or have other interests in other member states are profoundly affected by Brexit.

“In the event of a ‘no deal’, they will lose their current legal status.

“Even if there is a deal, they risk losing their right to live and work in other EU countries.”

Sue Wilson, one of the claimants who lives in Spain, said: “We hope to demonstrate that you can’t win by cheating.

“If there is another referendum, there mustn’t be a repeat of the illegal activity witnessed last time round.

“We have not taken back control – we have been put in the hands of those that care more about their careers and political party than their country.

“The UK deserves better, we deserve better, and we won’t stop fighting until we succeed.”

The latest challenge will only be heard if a High Court judge at a future date grants permission for a hearing.

Scottish MP Ross Thomson has called on the Prime Minister Theresa May to deliver the Brexit the British people have voted for.

He claims the Chequers plan does not deliver what people voted for in the referendum.

He said: “I’m standing up for Brexit and it’s not all that controversial, given that it was a overwhelming decision of the UK Parliament to give the decision on whether or not people stay in or leave the EU to the people.

“And the people voted overwhelmingly that we leave the EU.

“And we need to stick by that decision. That’s why I’m concerned about the Chequers plan.

“Because in all its forms, the Chequers plan does not deliver the Brexit that the people of the UK as a whole voted for.”