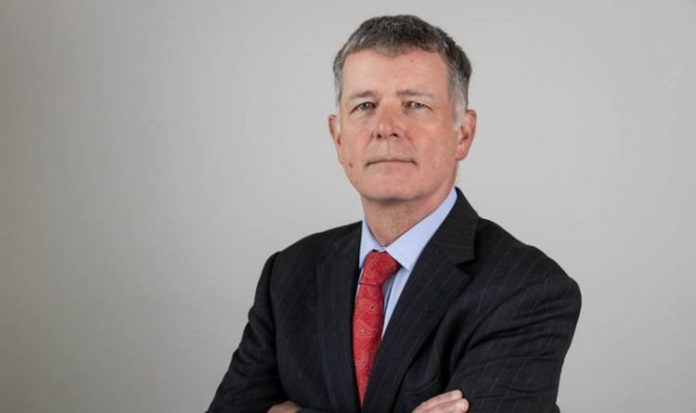 He dismissed the “misguided” view that gay or lesbian spies were more susceptible to blackmail than heterosexuals. The ban on LGBT+ spies working within MI6 was only lifted in 1991, long after homosexuality was decriminalised in England in 1967. Mr Moore, 57, said: “I apologise on behalf of MI6 for the way our LGBT+ colleagues and fellow citizens were treated and express my regret to those whose lives were affected.

“Being LGBT+ did not make these people a national security threat. Of course not.

“But the ban did mean that we, in the intelligence services, deprived ourselves of some of the best talent Britain could offer. Ready to serve but denied that opportunity. Committed, talented, public-spirited people had their careers and lives blighted because it was argued that being LGBT+ was incompatible with being an intelligence professional.

“Because of this policy, other loyal and patriotic people had their dreams of serving their country in MI6 shattered. This was wrong, unjust and discriminatory.”

It comes amid a campaign to recruit a wider range of spies including dual nationals and disabled people.

Mr Moore – known professionally as C – has put diversity at the front of his tenure at the helm of the Secret Intelligence Service, as MI6 is also known. In a video posted on Twitter, he said: “MI6 is open to people from all backgrounds, races, ages, sexualities and all ways of thinking.

Mr Moore admitted that prejudice had lingered in MI6 stations long after the LGBT+ spies ban was lifted.

He added: “Some staff who chose to come out were treated badly for not having previously disclosed their sexuality during their security vetting.

“Others who joined in the period post-1991 were made to feel unwelcome.

“That treatment fuelled a reluctance to be their true selves in the workplace.This was also unacceptable.”

But Mr Moore, who ran secret agents in Afghanistan when the Taliban were in power, paid tribute to staff past and present.

He said they “slowly turned the tide by educating their workmates and fighting for change”.

He added: “We still have more to do to become a fully inclusive employer.”