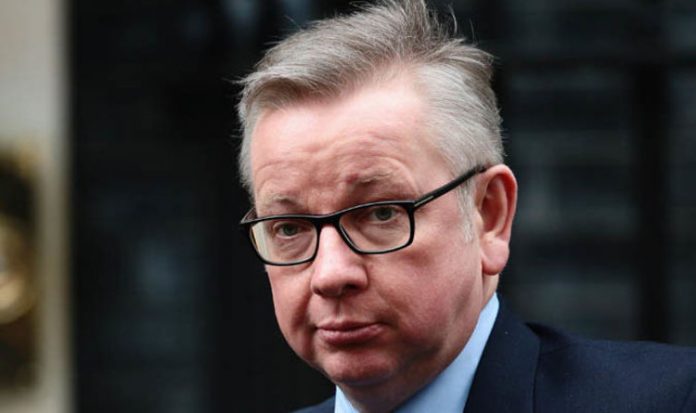 However, less than an hour before the conference was due to begin Mr Gove withdrew from the planned appearance.

Confirming the news, a spokeswoman at the Department for Environment, Farming and Rural Affairs (Defra) said: “There’s nothing sinister in this, he just has other diary commitments.”

The cancelling of the conference comes just a day after Boris Johnson dramatically failed to turn up to ministerial commitments of his own, before later announcing his resignation in protest at Theresa May’s Brexit negotiating position agreed by the Cabinet at Chequers.

Five members of Government, including the Brexit Secretary, have resigned over deal reached at the Cabinet meeting, arguing her position is “too soft” and the negotiating position suggested the Brexit “dream is dying”.

However, Defra have attempted to play down the significance of Mr Gove cancelling his press conference and have insisted he is not resigning.

A spokeswoman added: “The event was not about him and he is aware that his presence at the event could detract from the important environmental message the conference is trying to promote.

“Most journalists at the event would not be likely to ask question on environmental policy, undermining the purpose of the conference.”

There has been growing speculation as to whether the Environment Secretary will resign from Government, following in the footsteps of other ministers who campaigned for Leave in the 2016 referendum.

Speaking on the Andrew Marr Show he said: “In all the important areas where an independent country chooses to exercise sovereignty, the UK will be able to do so and, in so doing, respect the referendum result and the mandate we were given.”

Admitting he was not completely satisfied with the deal reached within the cabinet he said the agreement made within Cabinet was a compromise.

He said: “I’m a realist and one of the things about politics is you mustn’t, you shouldn’t, make the perfect the enemy of the good.”

Quizzed by journalists this morning he reaffirmed his support in the Prime Minister saying he was “100 percent” behind the Chequers plan.

When pushed he added he was “absolutely not” resigning.