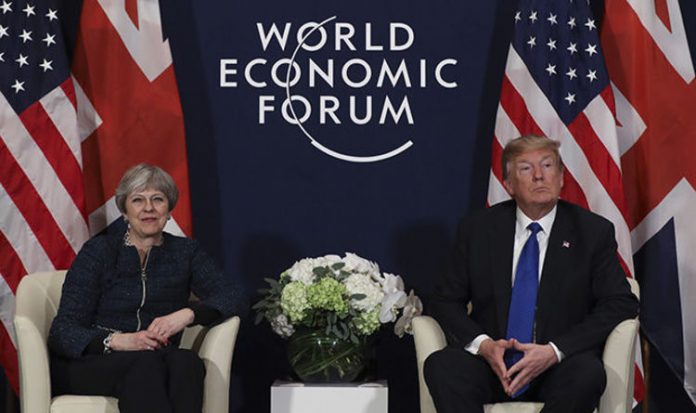 Dr Radomir Tylecote, senior research analyst in the International Trade and Competition Unit of the Institute of Economic Affairs think tank, made his remarks after a sensational 48-hours in which Brexit Secretary David Davis and Foreign Secretary Boris Johnson have both quit Mrs May’s cabinet as a result of reservations over proposals which they believe will tie the UK too closely to the EU after it quits the bloc on March 29, 2019.

The central tenets of the plan are a commitment to a “single standards model” for goods preventing Britain from adopting any competing national standards, a legal agreement to “ongoing harmonisation with the EU, including agrifoods”, a “common rulebook” with the EU for all goods and a pledge that British courts will follow European Court of Justice rulings “where relevant”.

The full details are due to be published in a White Paper on Thursday.

Mr Tylecote said: “The UK will start with identical regulations to the EU, and given regulatory autonomy it would be able to change them when it likes, in any sector.

“When EU regulations are of high quality, the UK will be able to make identical regulations for a particular sector.

“But under the Prime Minister’s Chequers proposal, all goods sectors would have to harmonise with EU regulation – or, as the proposal puts it, have a ‘common rulebook’.

“The UK should have the opportunity to make better regulations than the EU and unleash economic growth.

“The Chequers proposal will deny us that chance, and keep us locked into growth-sapping EU regulation.

“Contrary to popular belief, not everyone wants to keep so closely aligned to all EU regulations.”

He said large firms had said they wished to see the UK remain aligned with EU regulations, even once the UK was unrepresented in the EU institutions which make them.

But he warned this would be “disastrous” for many small and medium enterprises (SMEs), which face being targeted by European competitors with regulations which risk putting them out of business.

He added: “This is not just a question for our economy: it means our regulations will not be made in a democratic Parliament, but will still be made for us in the EU.

“On the question of trade deals, it is clear that the Chequers proposal will prevent the UK signing advanced trade deals, because we would not be able to undertake the commitments ‘that somebody might want in a free trade deal’.

“This week, the US ambassador to the UK said that a UK-US FTA was ‘totally up in the air’ as a result of Chequers.

“The Prime Minister’s Chequers proposal is liable to blow the huge Brexit opportunity that is before the UK.”