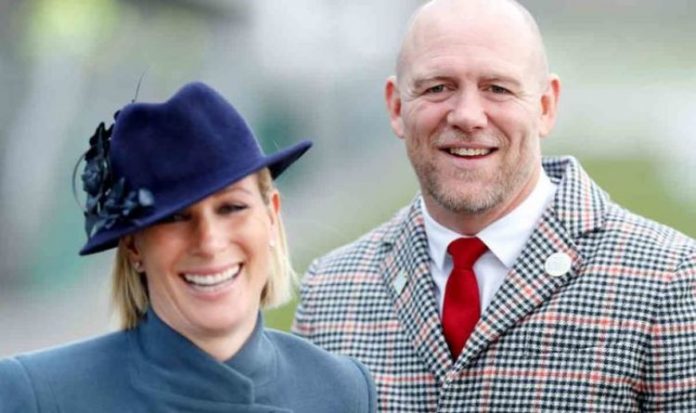 Mr Tindall, who is married to the Queen’s granddaughter Zara, said belonging to the Royal Family is “something you just get used to”. Speaking to the Sunday Times’ correspondent Hilary Rose, he then laughed at the idea that he and his wife might be trailblazers for Megxit. The former England Rugby player added being a royal had “its benefits and it has its negatives”.

He added: “You think about what you do and you have to be aware of it but it doesn’t necessarily dictate.

The former England rugby player spoke about his fondness for his wife Zara.

It is believed the rugby ace was introduced to his wife by her cousin Prince Harry during the Rugby World Cup in 2003.

He married his wife, Zara Philips, in 2011 and this summer will be their tenth wedding anniversary.

When asked what the secret was to a happy marriage, he said: “I don’t know if I’ve got any top tips.

“She’s always right, is that a top tip?

“I think there’s a lot of balance.

“It’s always been good for us being two professional sportspeople.

“It’s a bit clichéd but you understand each other, what your motivations are.

Zara is a professional equestrian and the second child and only daughter of Anne, Princess Royal, and Captain Mark Phillips.

She won a silver medal at the 2012 Summer Olympics in London.